It may be God’s plan. The hottest track on the internet these days belongs to Drake. While his Toronto Raptors aren’t doing so good against the Cleveland Cavaliers in the 2018 NBA Playoffs, the Toronto native is breaking records all over the place. While unknown to many, Drake is actually a huuuge petrolhead. While not confirmed officially, we received information that this particular Yellow Ferrari LaFerrari (still an awkward name!) is rumored to be the newest addition to his stable. But, unlike many of these out there, this particular one is equipped with a set of Vossen Wheels, thanks to work done by Driving Emotion Motorcars from Toronto, Canada. 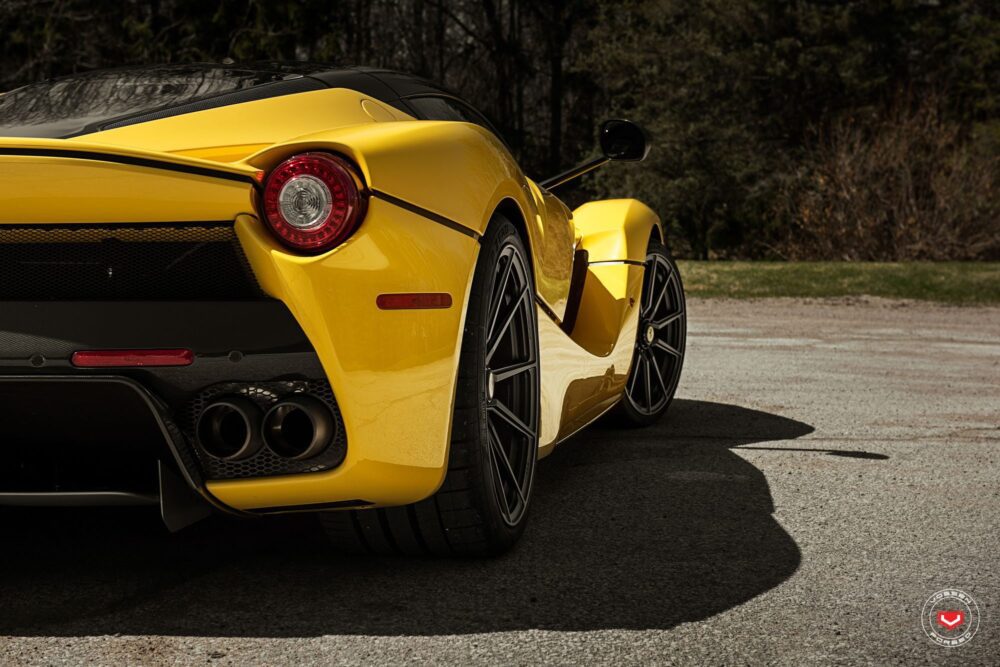 When Ferrari started doing the design & engineering work on the LaFerrari, they based the vehicle on their findings from all the tests done on the FXX and the research conducted by the Millechili Project at the University of Modena. This resulted in a lightweight – only 1,255 kg (2,767 lb) – vehicle powered by a mid-rear mounted Ferrari F140 V12 engine, displacing  6.3-litres and producing a whopping 800 PS (588 kW, 789 bhp) and 700 N⋅m (520 lbf⋅ft) of torque, supplemented by a 163 PS (120 kW; 161 bhp) KERS unit (called HY-KERS), allowing for improved short bursts of power. The engine is mated to a 7-speed dual-clutch transmission that powers the rear wheels.

This particular Ferrari LaFerrari is equipped with a set of Vossen MX-2 forged wheels. Built especially for this application, the wheels feature an intricate contemporary spoke design and an OEM centercap / centerlock option. You can grab a detailed look at this beautiful build in the detailed wallpaper sized media gallery right below.