When buying a Porsche 911 for the track, you have two options: the Porsche 911 GT3 RS or the Porsche GT2 RS. Both vehicles bring a unique set of abilities geared towards track performance. However, unlike the GT3 RS which is naturally aspirated, the GT2 RS utilizes a similar turbocharged layout as the Porsche 911 Turbo and Turbo S.

The 991 GT2 RS is powered by a 3.8 L twin-turbocharged flat-6 engine that has a maximum power output of 691 horsepower and 750 Nm (553 lb⋅ft) of torque, making it the most powerful production 911 variant ever built. Unlike the previous GT2 versions, this car is fitted with a 7-speed PDK transmission to handle the impressive torque produced from the engine. Porsche claims that the car will accelerate from 0–97 km/h (0–60 mph) in 2.7 seconds, and has a top speed of 340 km/h (211 mph).

However, even though the vehicle uses the same twin-turbocharged engine, it features numerous engine upgrades, larger brakes, and stiffer suspension calibration. Furthermore, the GT2 RS is significantly lighter than the Turbo due to its use of a rear-wheel-drive setup in place of all-wheel-drive on the Turbo. In addition to the different powertrain, the GT2 RS also comes with a stripped interior and lower weight, as compared to the Turbo versions of the 911. In turn, the Porsche 911 GT2 RS is the most expensive and fastest model in the entire 911 lineup.

The car has a roof made of magnesium, front lid, front and rear wings and boot lid made of carbon-fibre, front and rear apron made of lightweight polyurethane, rear and side windows made of polycarbonate and an exhaust system made of titanium. Porsche claims that the car has a wet weight of 1,470 kg (3,241 lb).

The production of the Porsche 991 GT2 RS started in 2017 and should have ended by February 2019. However, four units that were lost on their way to customers due to the car carrier ship sinking, Porsche restarted the line to make up for the lost units. After all, this is the most exclusive 911 that money can buy and customers needed their cars replaced, no matter what.

Performance wise, the Porsche 911 GT2 RS is seriously fast. One of the fastest cars in the world. In 2017 a Porsche test drive set a 6:47.3 minute lap time at the Nürburgring Nordschleife, averaging a speed of 184.11 km/h (114.40 mph). This made it the fastest production car lap time recorded on the track at the time. Impressive.

This particular GT Silver Metallic Porsche 911 GT2 RS comes courtesy of R1 Motorsports. The California-based tuner, most known for high-performance and luxury builds, did a simple Full Body Clear Protective Film  for this vehicle, helping protect its pristine paint finish. Sure, some may expect more, but R1 Motorsport has a few more Porsche GT2 RS builds with plenty additions done to them, and we intend to show you a bunch of them.

In the meantime, feast your eyes on this GT Silver Porsche 911 GT2 RS in 2000+ pixels, perfect for updating your wallpaper. More coming soon! 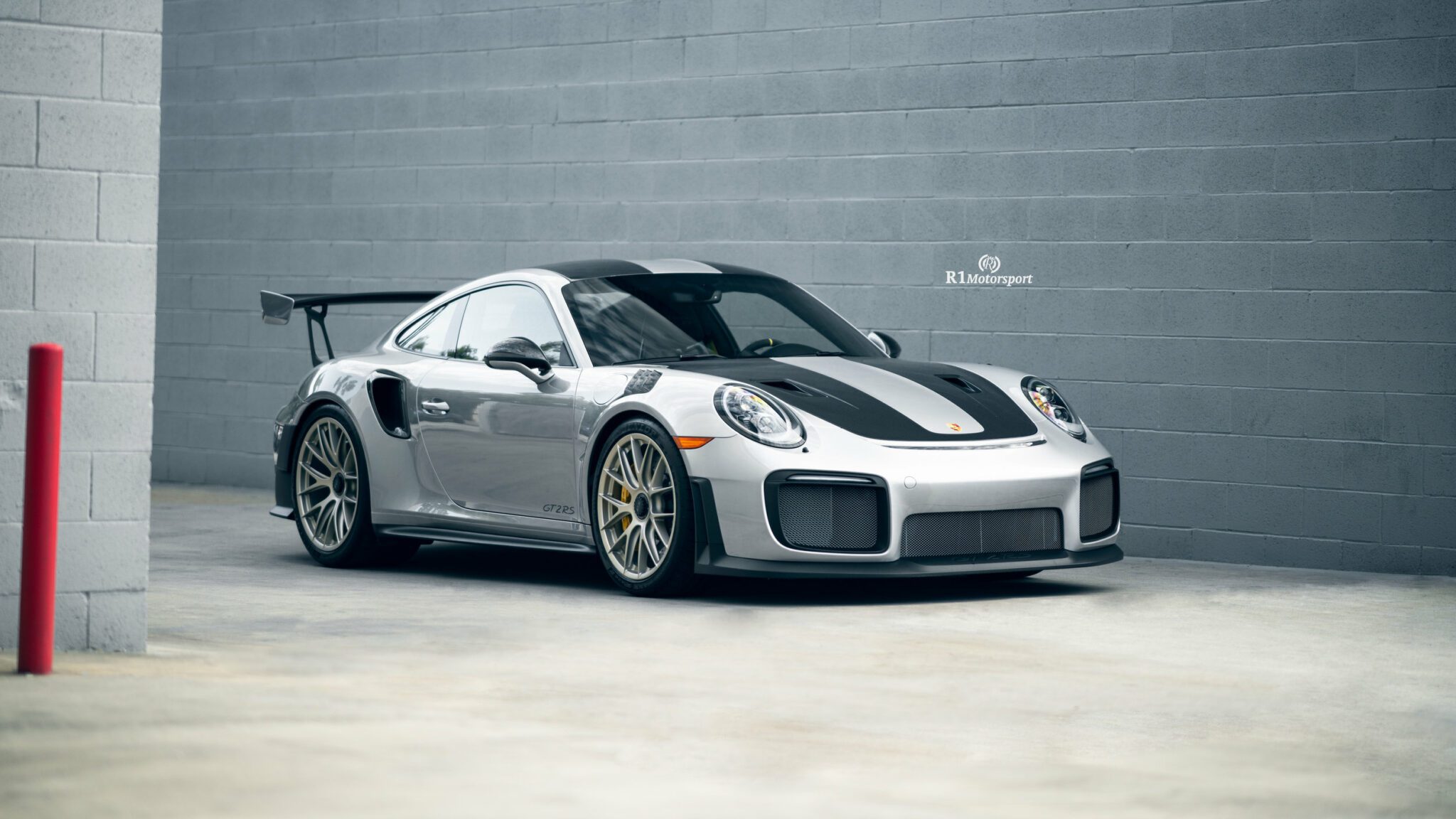