For those who didn’t know, ultimately, these were the last of the air-cooled 911 Turbos

The famed Porsche 993 Turbo S. What’s not to like about it? After all, it’s the last generation air-cooled Porsche, and that, all by itself, should be more than enough for us petrolheads. However, there’s more to this vehicle than just the way its cooling system works.

While Porsche offered a Turbo version almost from the beginning, the Turbo S variant was offered only at the end of the lifespan for this vehicle. It was only during the second to the last year of the 993 production lifetime, that the Zuffenhausen based carmaker decided to offer a bit more refined, sportier, Porsche 993 Turbo S. With just 183 cars made, the Turbo S is one of the most highly coveted pieces of automotive history that money can buy. Sure, it may not hold the same level of rareness as some other models (like the GT2), but it’s still a greatly desired collectible item. 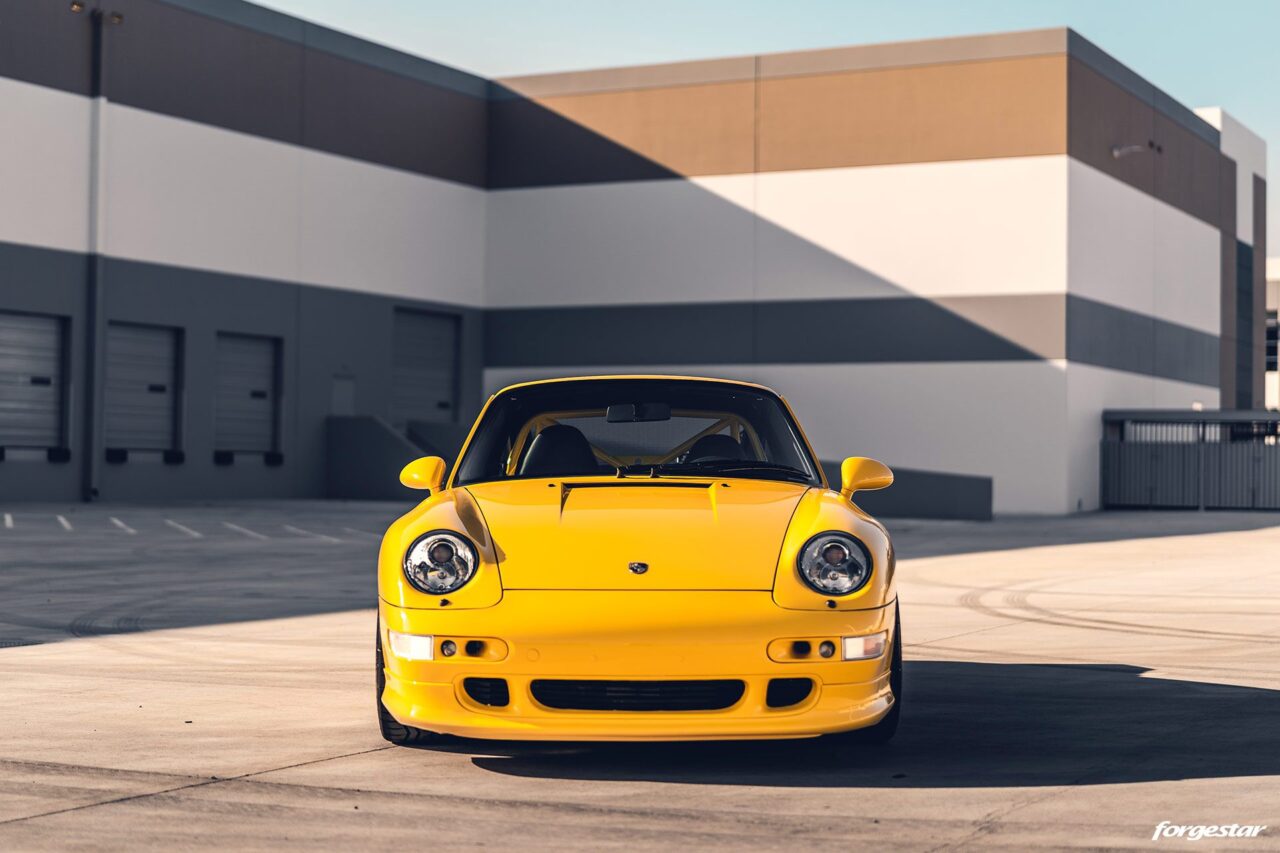 This vehicle is essentially a high-specification Turbo including a power upgrade to 450 horsepower and several carbon fiber trim pieces. It also featured well-known yellow brake calipers, a somewhat larger rear wing, a quad-pipe exhaust system and air scoops behind the doors. Ultimately, these were the last of the air-cooled 911 Turbos.

The owner of this Speed Yellow Porsche 911 Turbo S went in a direction of further customizations to his vehicle. Most notably, the owner added a set of Forgestar F14 deep concave wheels to his vehicle. The wheels are sized 19×9.5 in the front and 19×12.5 in the rear. And overall, these Brushed Gunmetal wheels look right at home with this high-performance German sports car, giving it a much-improved stance and overall, giving it a nice refresh as well.

You can check out the complete media gallery of this build right below.