Definitely one of the best looking BMW M3 builds out there

For many, Phoenix Yellow is one of the most striking exterior finishes available for the BMW M3. It was popularized with the advent of the BMW E46 M3, giving this high-performance German coupe an impressive and appealing exterior look. While the newer generations of M3s provided more power, torque, and improved performance, the E46 is still a name to be reckoned with in the automotive world. Thanks to somewhat low pricing and great aftermarket tuning potential, these M3s are becoming a fan favorite these days.

For this particular Phoenix Yellow BMW E46 M3, the owner chose a few interesting aftermarket additions. Most notably, this M3 is graced with the aforementioned Phoenix Yellow that arrived on this vehicle in the form of a vinyl wrap, matched with an engine and transmission swap, a complete Pandem Rocketbunny widebody aero kit, some further visual tweaks, and finally, a set of custom-made CCW Wheels. 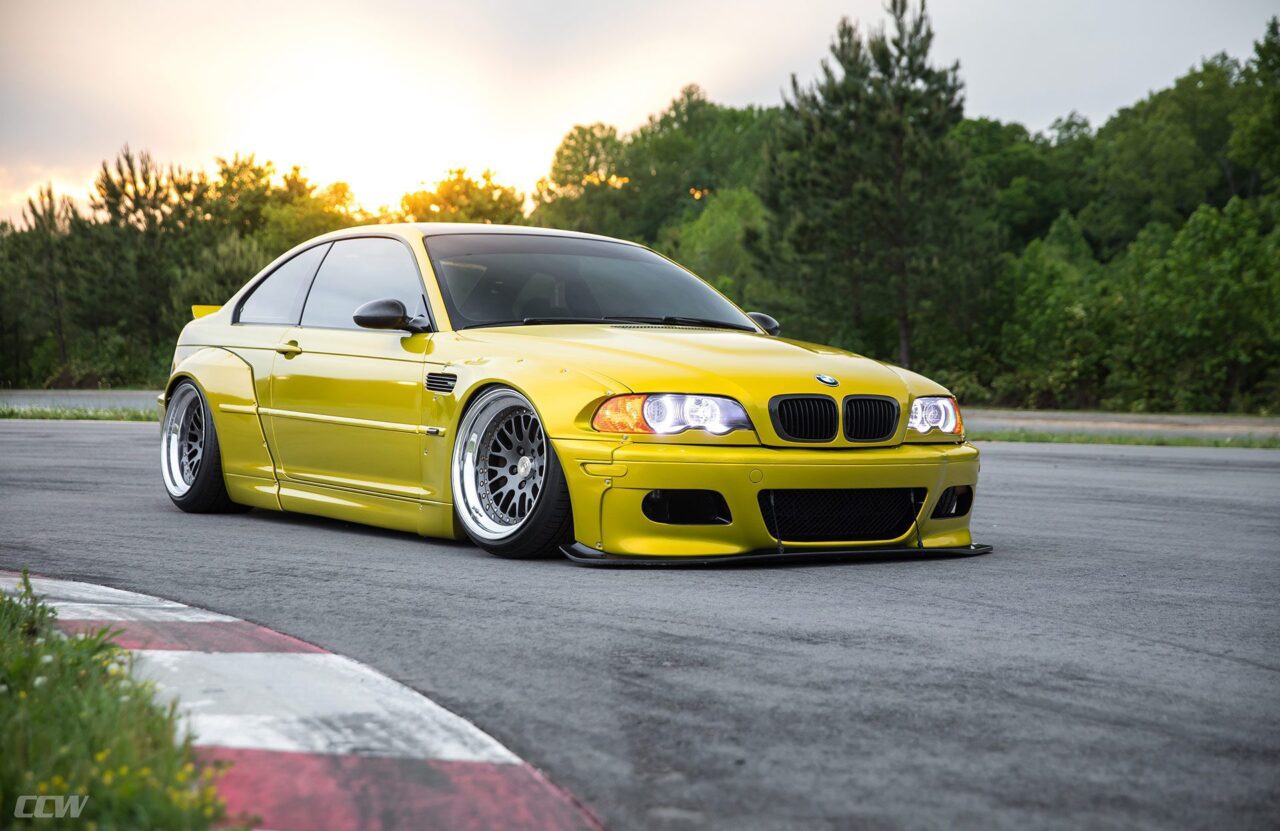 The BMW E46 M3 is powered by a gorgeously sounding 3.2-liter flat-six naturally aspirated engine. It delivers 343 horsepower and 365Nm (269lb-ft) of torque. It provides enough power to propel the M3 from 0-100km/h )0-62mph) in just 5.1 seconds. While slower than the current BMW F80 M3 and the BMW F82 M4, the M3 of this generation still packs a pretty good punch. Thanks to supreme handling characteristics, enhanced most notably by its near perfect 50:50 weight distribution, this vehicle provides plenty of driving thrills and excitement for its driver still. Match that with low $20,000 in pricing, and you’ve got an aftermarket platform almost like no other. 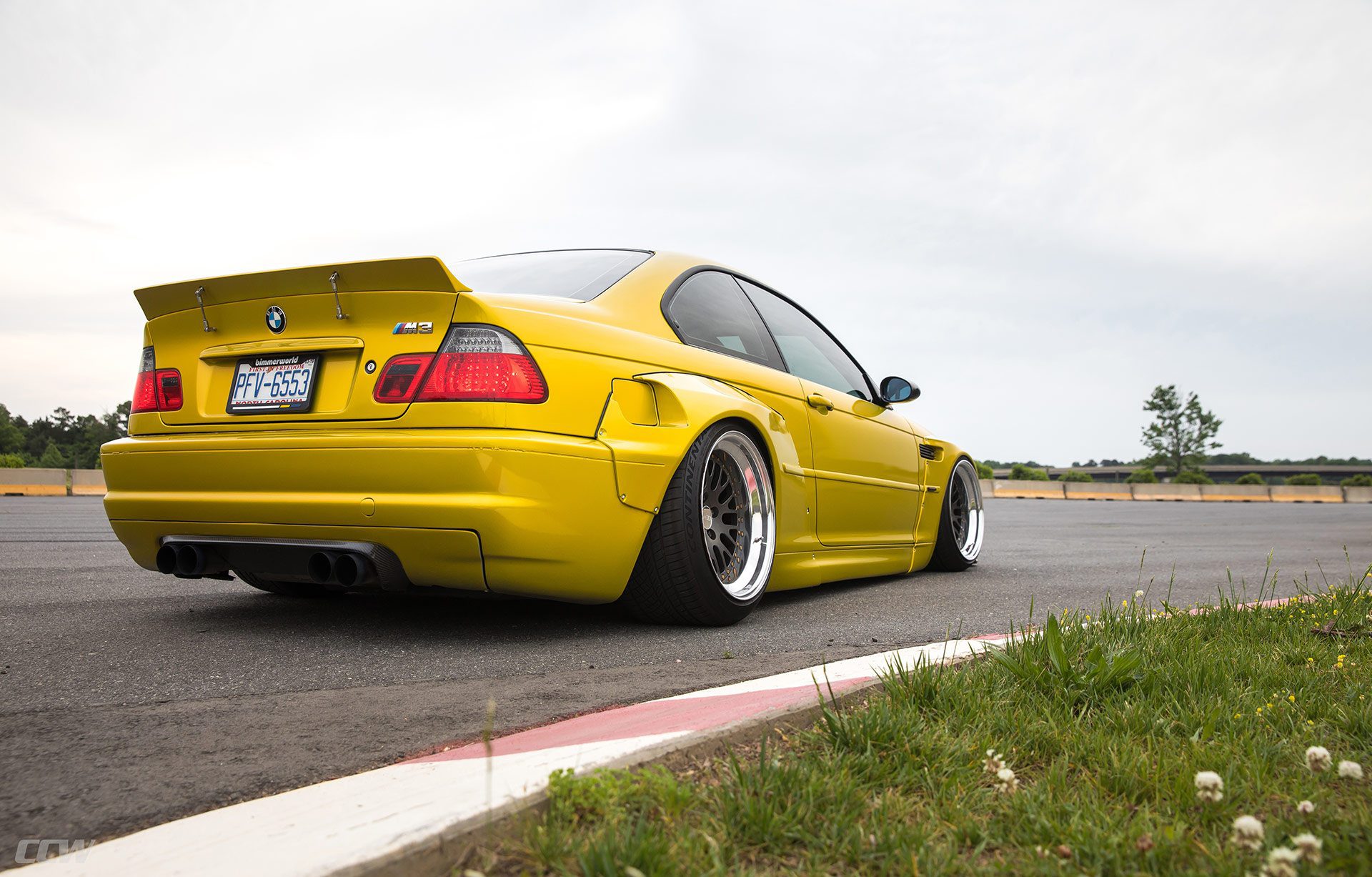 This aftermarket build started with a Pandem Rocketbunny kit for the M3. It consists of a fiber reinforced plastic front lip, front fender, rear fender front lip bar and a rear duckbill spoiler, giving this vehicle a widened look. The entire kit is only $2,700 and in complete objectivity, it looks really, really good. Yes, some purists may scoff at the mere fact that somebody wanted to do a widebody kit on a BMW E46 M3, but for the rest of us (the more down to Earth kinda people), this looks good.

Further visual mods consist of a set of custom headlights, a full scope of carbon fiber trim (vents, grille and mirrors) and a carbon fiber GTR hood, giving this BMW M3 a much more aggressive and fetching exterior looks.

After this was done, the build went in a rather peculiar direction. The owner did an engine and transmission swap. But, unlike some other builds where you’ll see a 2JZ twin turbo setup or an LS7 crate motor wedged into its tiny engine bay, this M3 simply saw an updated version of its stock engine. Yes, that means that a newer year S54B32 engine was added, alongside its complementing transmission system. This ensures the better longevity of the engine, full performance envelope, alongside a general peace of mind due to the newer parts. Furthermore, the build features an aftermarket exhaust system and header setup, followed by a dyno tuned ECU alongside an Afe intake, a CAE racing shifter, all yielding a finely tuned machine overall. 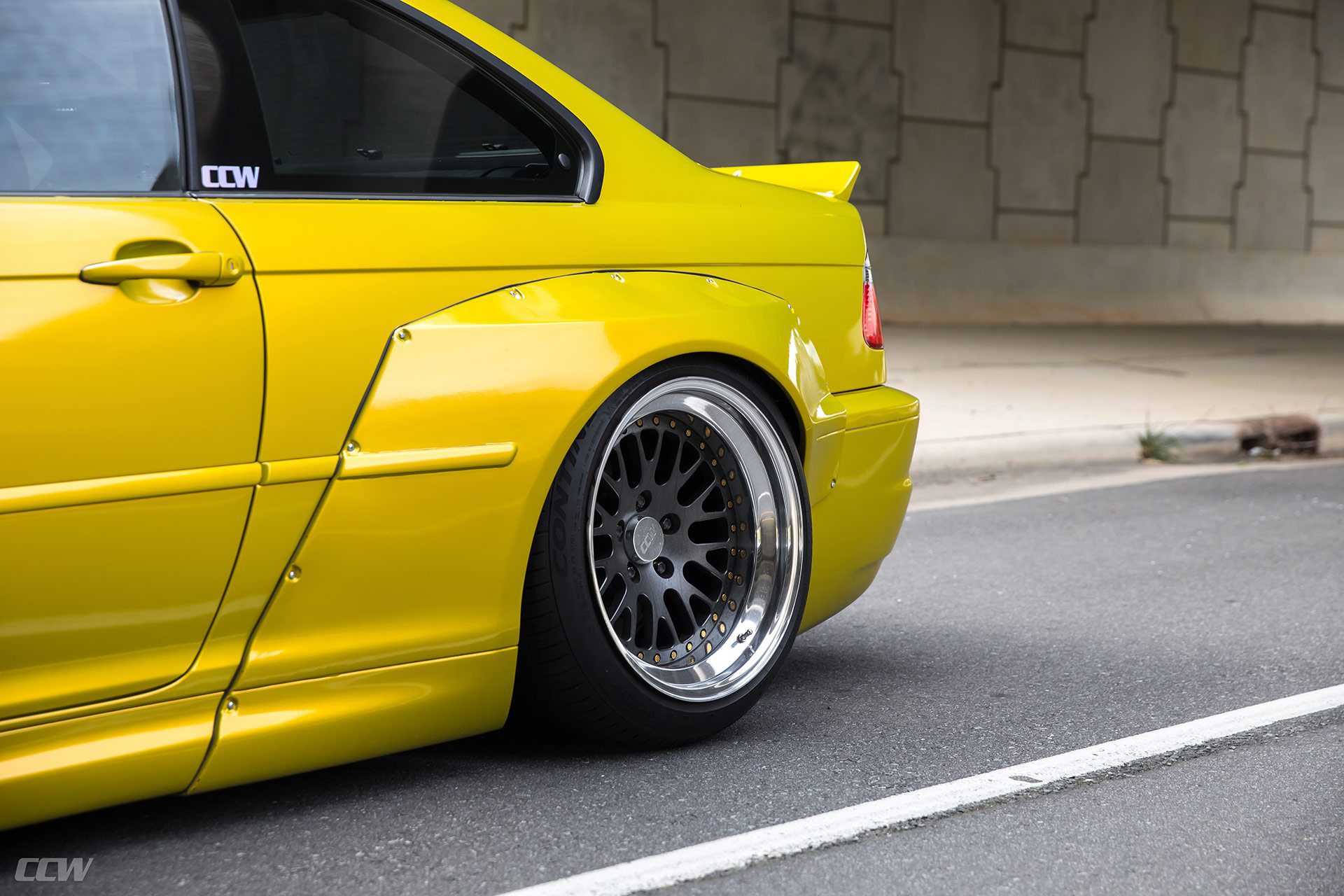 The next mod is one that’s easily overlooked but means a great difference in handling and safety. The vehicle is equipped with a set of polyurethane bushings and mounts. In turn, this provides the vehicle with a much more stable ride and an improved tire life. It also decreases deflection, improves responsiveness and adds an improves handling overall. Naturally, the safety aspect is enhanced by a visible margin when compared to the OEM rubber bushings.

The final two mods are the items that seal the deal. First, a complete Phoenix Yellow vinyl wrap is added. One of the most impressive exterior finishes befits the M3’s aggressive nature perfectly. The added CCW Classic wheels make for that perfect exclamation point. These custom made, three-piece wheels are a perfect addition to this build. Thanks to the deep dish configuration, Matte Gunmetal centers and Polished Aluminum step lips, joined by Phoenix Yellow custom painted hardware, these wheels seal the deal entirely! The M3 also features a complete airride, allowing the owner to achieve an impeccable and aggressive stance when needed and the daily driving usability when the situation requires.

Grab a detailed look at the complete project photoshoot, done by Mike Kuhn Photography, in the media gallery right below.