When the Porsche 997 was revealed, it pretty much brought the Porsche 911 to where it needed to be. Don’t get me wrong, the Porsche 996 was an amazing vehicle, but the quirky design cues and some other generation related issues were preventing it to be the coolest thing on the planet. With the 997 Turbo, Porsche really made a vehicle that raised attention all over the automotive world and brought a level of performance unparalleled by anything else.

The Porsche 997.2 Turbo is powered by a 3.6 liter twin-turbo flats-six engine, producing 500 horsepower and 620 N⋅m (457 lb⋅ft) of torque (an overboost function yielding a temporary figure of 680 N⋅m (502 lb⋅ft) is also available), allowing this high-performance machine to sprint from 0-100km/h (0-62mph) in just 3.1 seconds. Thanks to an all-wheel-drive system, amazing handling, and the impressive PCCB (Porsche Ceramic Composite Brake) system, the vehicle is one of the best driver’s cars upon its release.

For this Black Porsche 911 Turbo, the addition of a set of Vossen x Work wheels made all the sense in the world. These wheels come sized 20×8.5 in the front and 20×12 in the rear. Thanks to a Brushed Aluminum finish for the wheel centers and a Polished Aluminum for the lips, the wheels fit the black 911 Turbo perfectly. Grab a detailed look at the photoshoot of this vehicle in the media gallery right below. 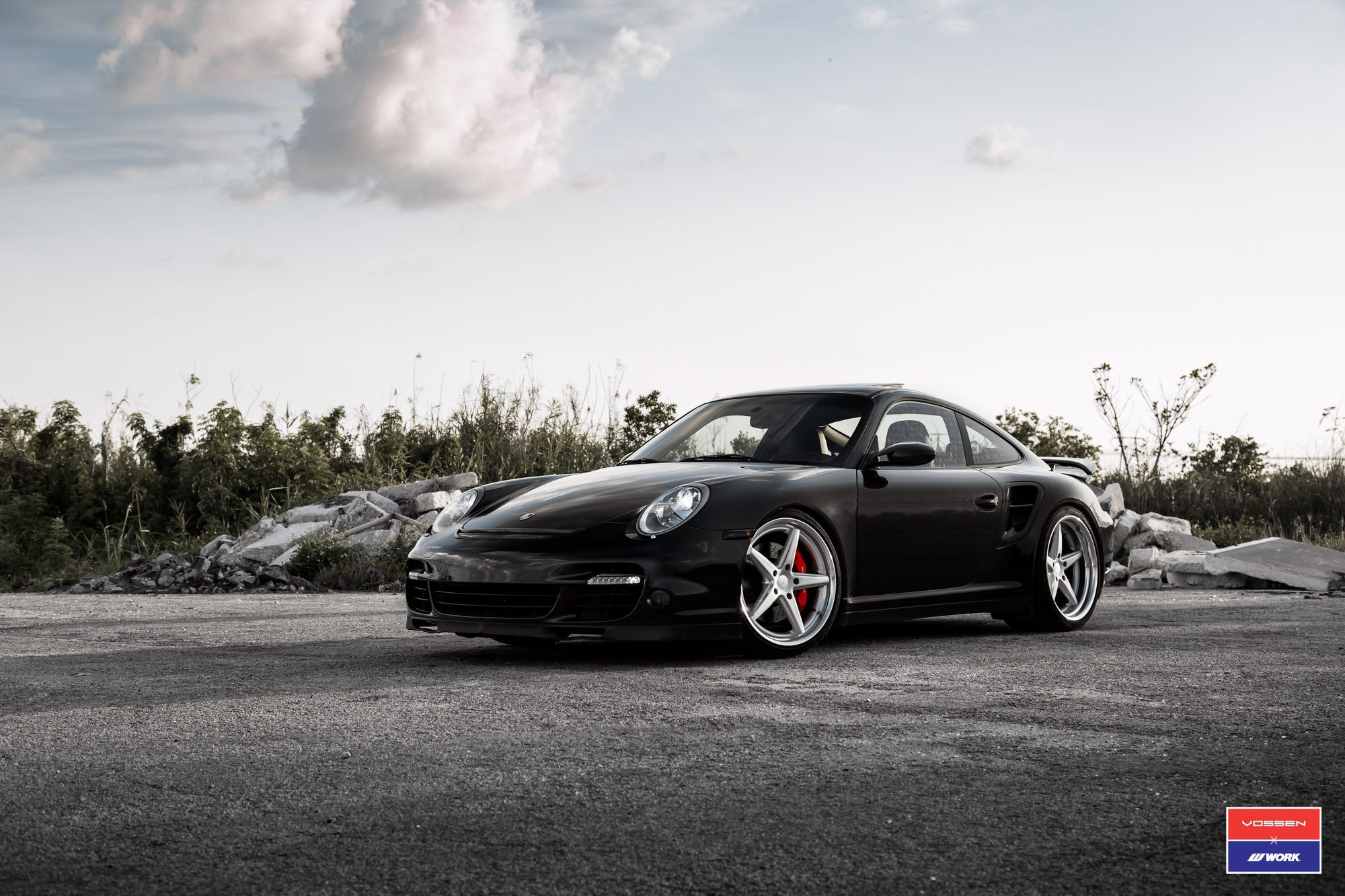