The latest TOPCAR project is a Felix Ferro Porsche 911 Turbo S. The vehicle features a sick looking BMW color, a seemingly completely revamped carbon fiber exterior and a set of lightweight five-spoke ADV.1 Wheels installed. While some purists will scoff at the mere sight of this, over-the-top Porsche 911 build, to most, this will be one hell of a good looking look. TOPCAR also messed with the car’s power rating, as the vehicle now churns an impressive amount of horsepower as well, but we’ll get down to that later.

The TOPCAR Stinger GTR package for the 911 Turbo and Turbo S consists of a set of custom carbon fiber bumpers and fenders in the front and rear, a custom rear diffuser, a rear wing and pretty much every facet of the vehicle, covered in lightweight carbon fiber as well. All the parts feature a seamlessly perfect fit with the sheet metal parts of the body, something that’s easily achievable only be the most advanced production procedures out there. 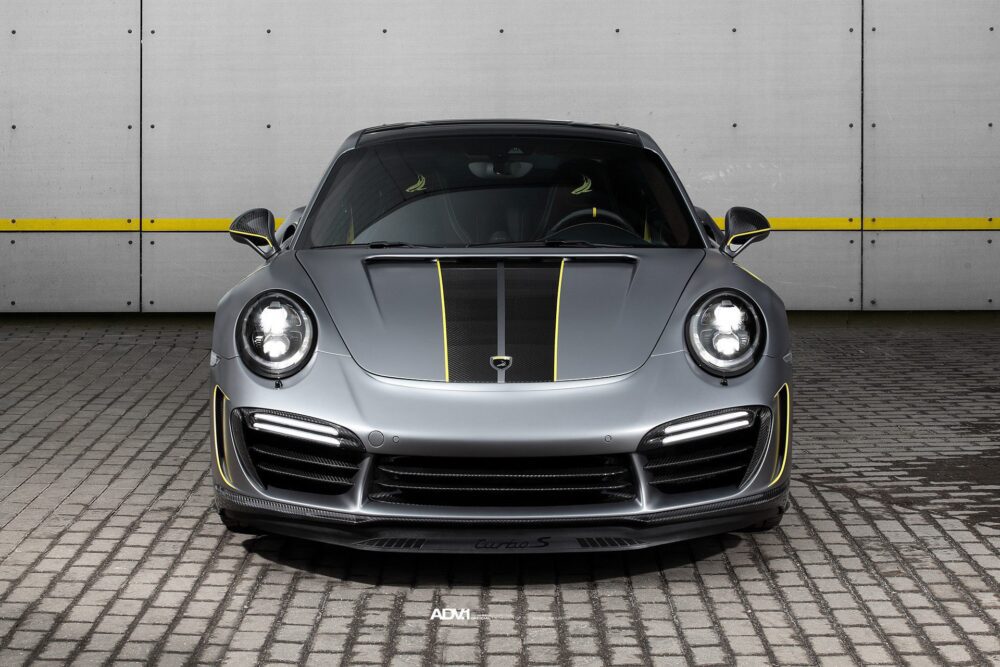 As for the interior, the tuner also went all out, creating one of the nicest looking interiors we’ve seen to date. The cabin showcases a rather appealing two-tone theme, mixed with yellow instrument dials, some carbon fiber inserts across the dashboard, the center console, door panels and the steering wheel, matched with yellow contrast stitching. 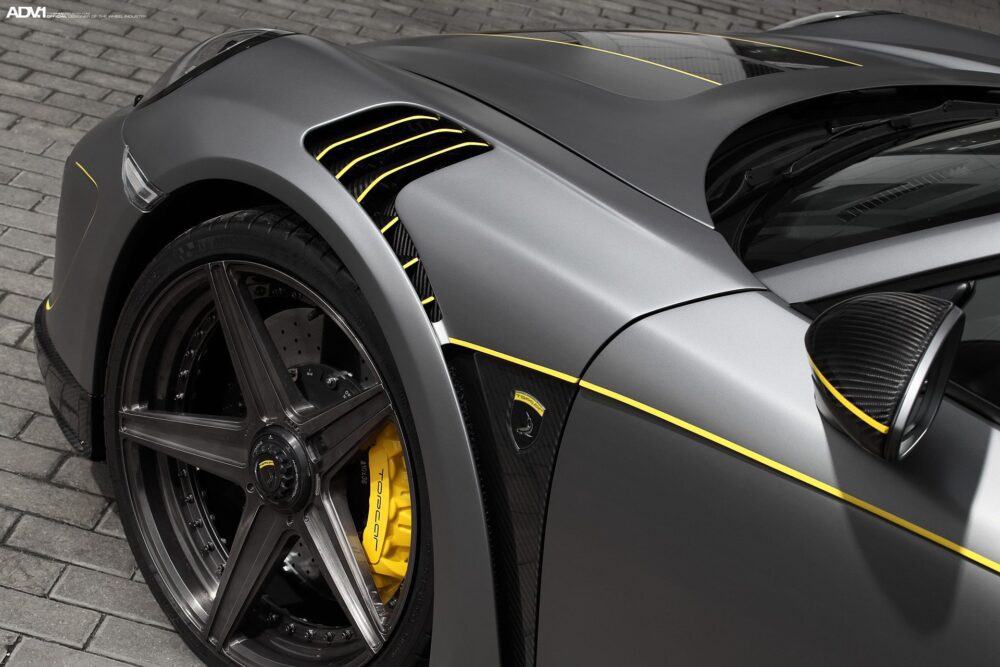 The final touch for this TOPCAR Porsche 991 STINGER GTR is a set of ADV5 M.V2 SuperLight wheels. Sized 21×9 and 21×11.5 in the front and rear, respectively, the wheels add that perfect clean & aggressive cherry on the top for this build. Like with mos tother TOPCAR builds, the wheels feature a Liquid Smoke with a Gloss Gunmetal finish – something that’s become customary with their builds and wheels. Additionally, the wheels feature an Exposed Hardware option, giving them an even more intricate look. The aftermarket wheel company made a centerlock version of their wheels, fitting the sporty nature of the 911 Turbo S perfectly.

Grab a detailed look at the media gallery of this TOPCAR Porsche 991 STINGER GTR right below.