A rollcage and a set of ADV.1 Wheels Grace This Machine

Seldom do you hear that a Porsche 911 Turbo is not enough. After all, the vehicle derives its power from a 3.8-liter, twin-turbo six-cylinder engine that delivers 540 horsepower (397kW) and 487 lb-ft of torque – allowing it to achieve rather impressive acceleration & top speed. When Launch Control is utilized, the “normal” 911 Turbo will accelerate from 0-62mph (0-100 km/h) in 3.0 seconds. The car will reach a top speed of 320 km/h – but it seems that, for some, that simply isn’t enough. 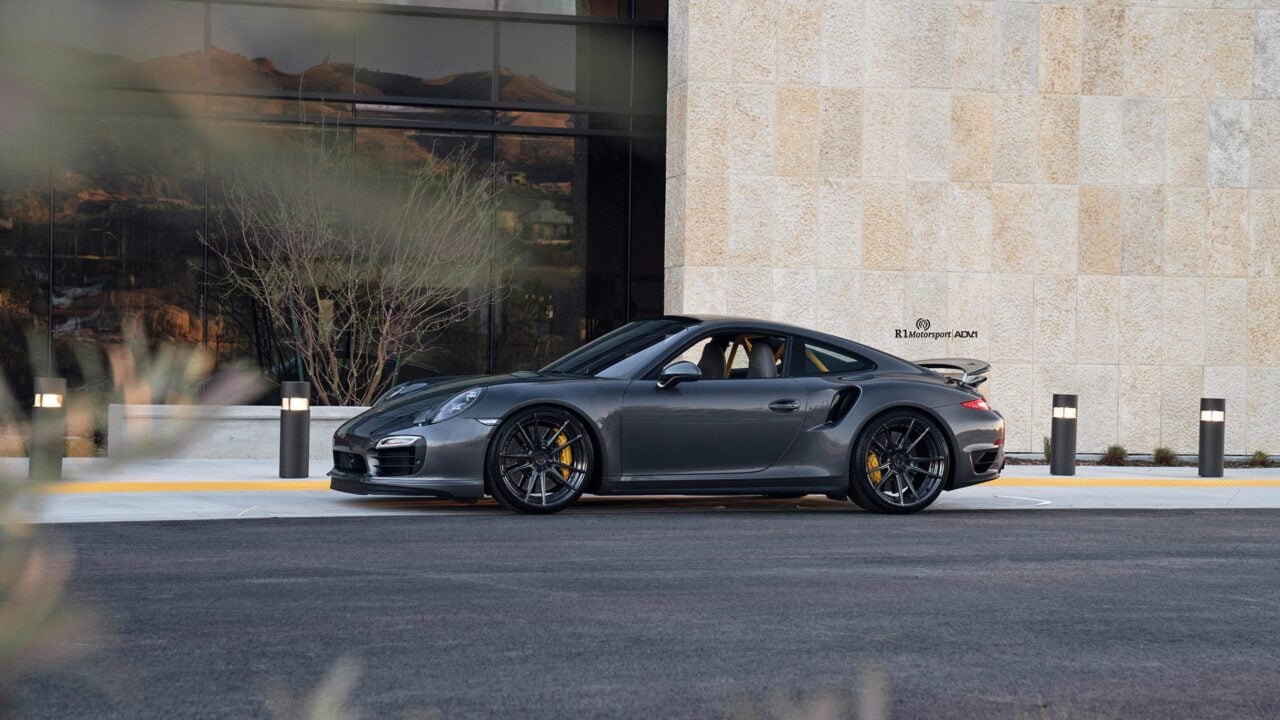 The Porsche 911 Turbo S is the perfect vehicle for owners that love to track their cars. Even though it is powered by the same 3.8 liter twin-turbo flat-six engine, in the Turbo S, this engine delivers 580 horsepower and 516 lb-ft of torque. All of this is achieved thanks to larger turbochargers and electronics which are further optimized for performance. In turn, this allows the 911 Turbo S to accelerate from 0 to 100 km/h (0-62mph) in just 2.8 seconds, a sprint from 0 to 200 km/h (0 to 125mph) in 9.9 seconds, and a top speed of a whopping 330 km/h (205mph).

When you and Porsche Active Suspension Management PASM (PASM), Sport Suspension, Porsche Track Management (PTM) and the items like traction control, torque vectoring, Porsche Stability Management (PSM), rear-wheel steering, and other technological marvels instilled into this vehicle, it’s no wonder that this vehicle is one of the best performers on the track when stock cars are in question. In addition, it’s also one of the most highly coveted track machines out there. As a result, we are not surprised that the German carmaker simply can’t make enough of them to keep up with demand. And to be honest, we don’t know anybody who isn’t amazed by this technological masterpiece in every way. 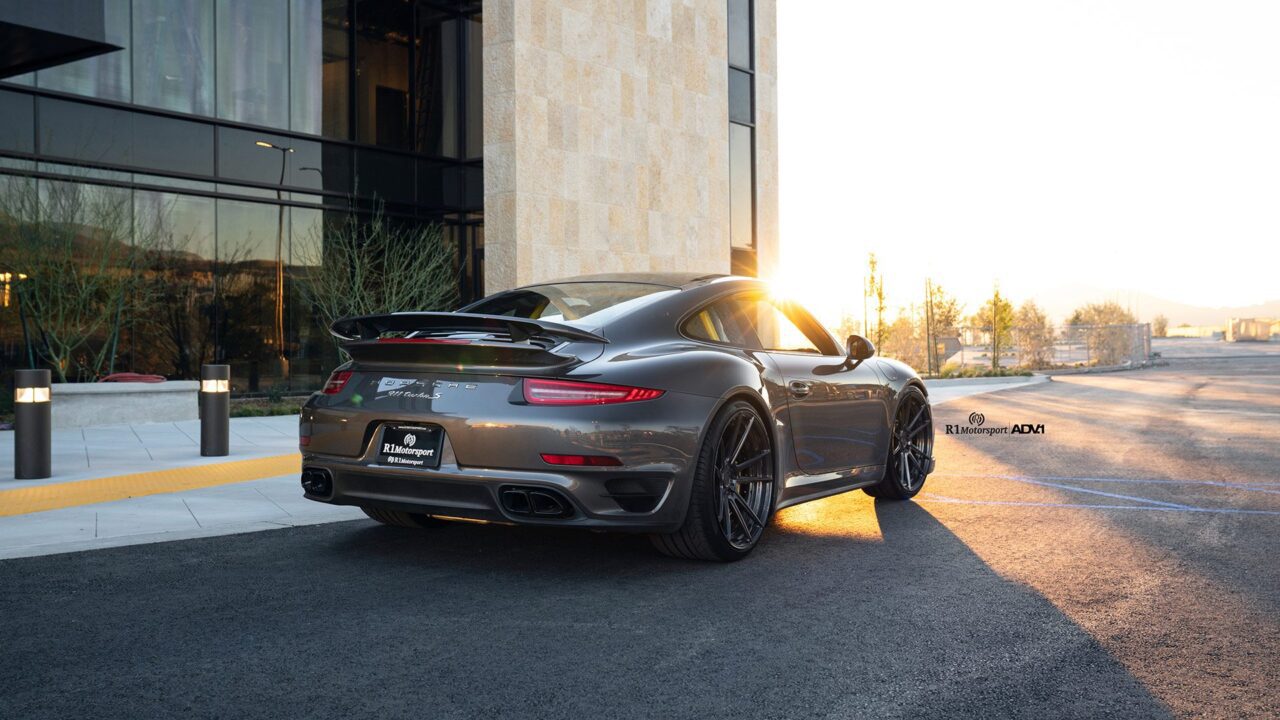 The R1 Motorsport takes on the high-performance German machine, getting it ready for the track

This gorgeous Agate Gray Metallic Porsche 911 Turbo S comes from R1 Motorsport, a California-based tuning shop that specializes in high-performance builds. For this project, the tuner added a few subtle touches to make this car look and perform better. It features a custom yellow roll cage, designed to offer additional safety and rigidity on the track. Finished in a color-matching yellow finish found on the PCCB (Porsche Carbon Ceramic Brakes) calipers, it’s definitely a nice touch in the interior.

However, it’s the addition of ADV.1 custom-made wheels that take this 911 Turbo S to a whole new level. 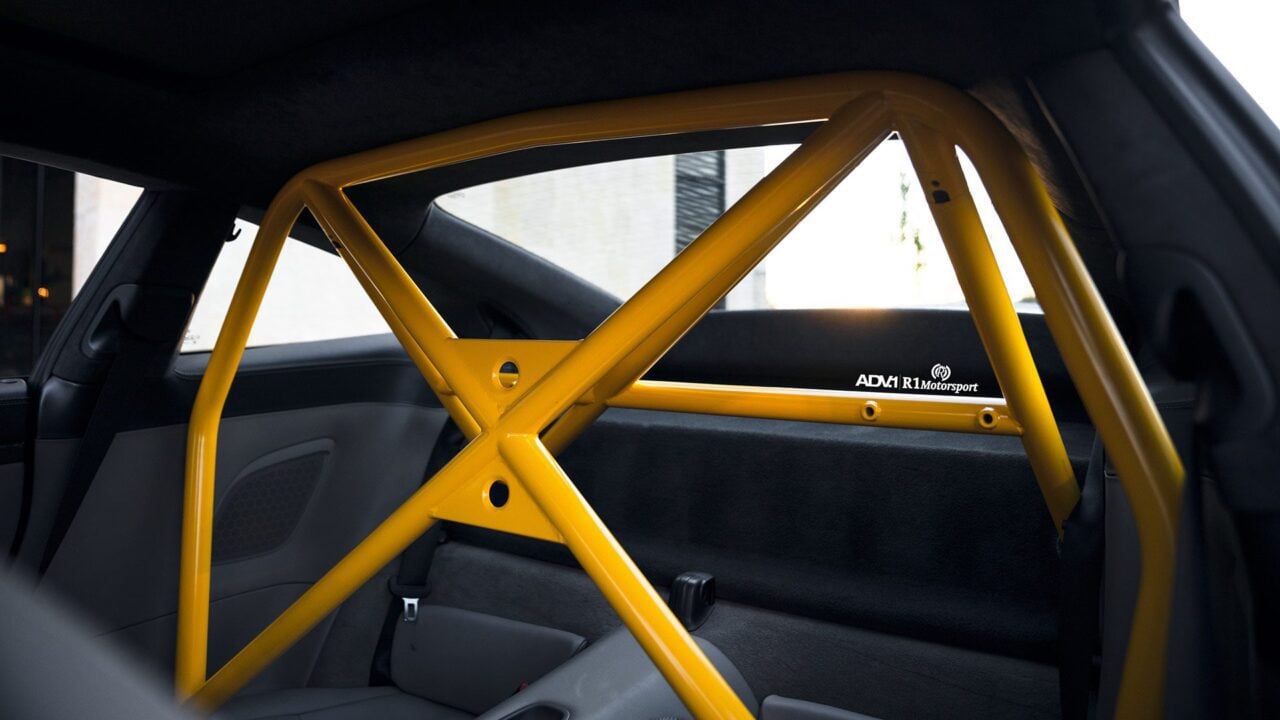 The owner of this Porsche 911 Turbo S decided on a set of ADV5.2 M.V2 SL Series two-piece concave forged wheels. For this build, the wheels are sized 21×9 in the front and 21×12.5 in the rear. Furthermore, thanks to a Liquid Smoke finish, the wheels accentuate the aforementioned yellow PCCB (Porsche Carbon Ceramic Brake) brake calipers and the Dark Gray exterior finish of the car itself. As a final touch, the wheels feature a 50/50 Exposed Titanium Hardware option. 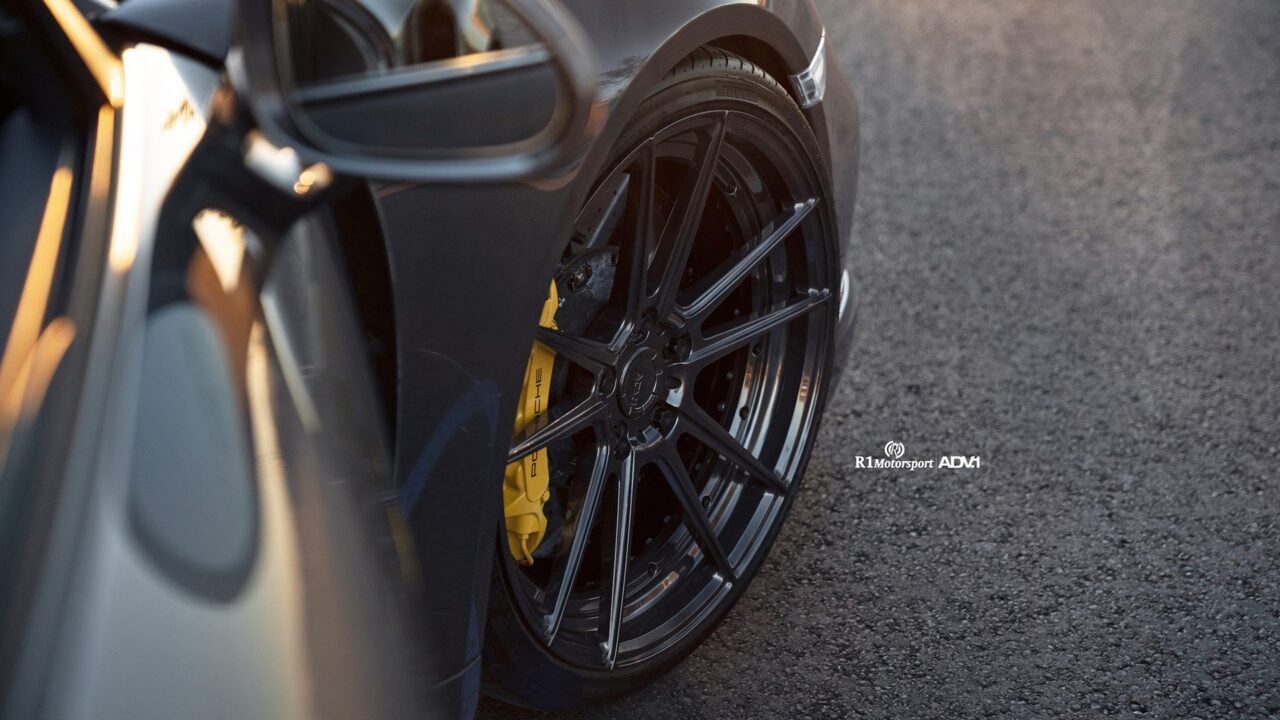 You can grab a more detailed look at this Agate Gray Metallic Porsche 911 Turbo S by R1 Motorsport build in the media gallery below. For those interested, there are several high-quality wallpaper-sized images to be added as your next desktop background as well. 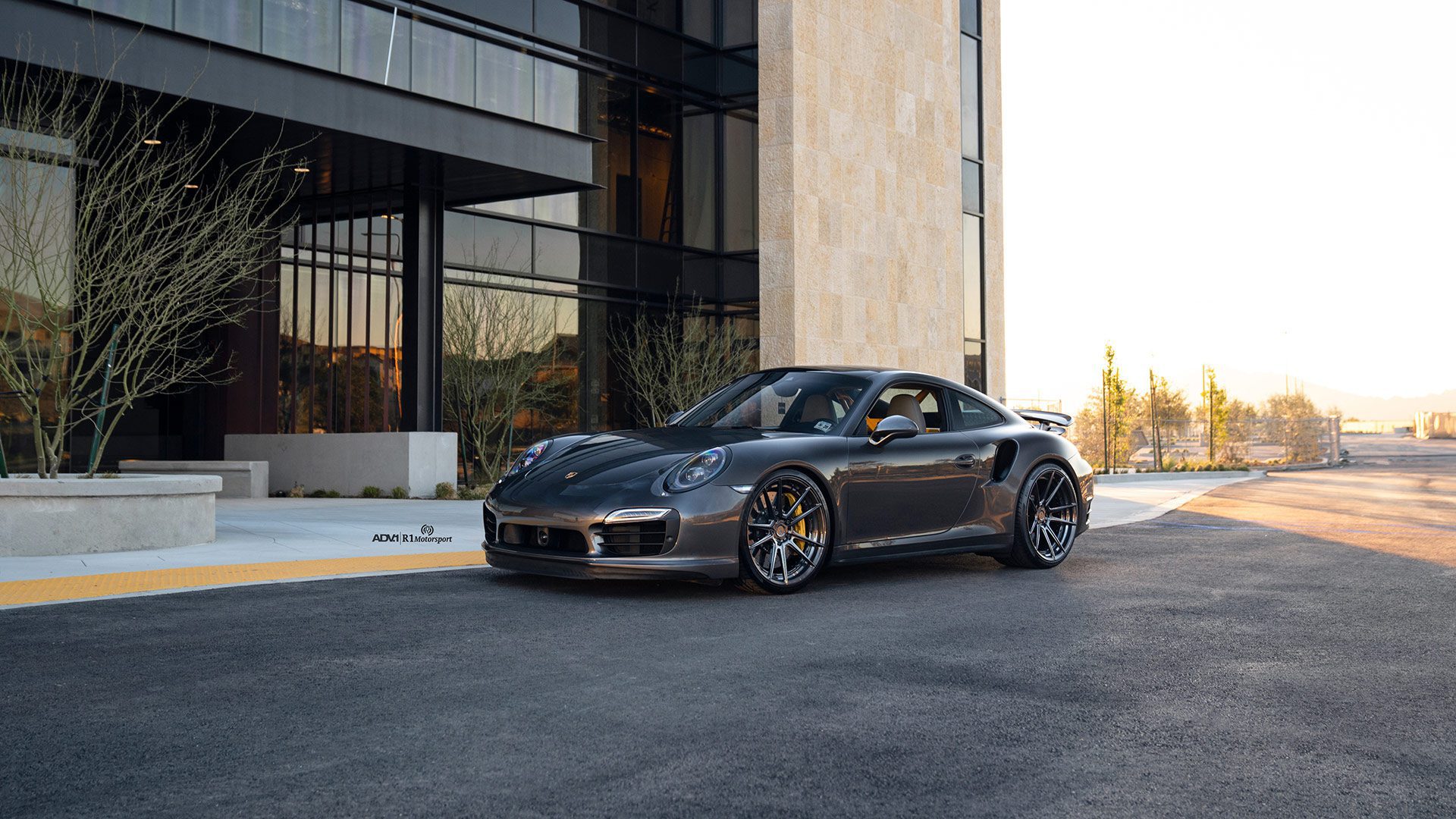