Imposing as it is, BMW X6 is really a sight to see, at least for us Europeans who aren’t that used to seeing enormous vehicles like this. But in the way BMW has covered almost every imaginable angle in its product range, so they’ve decided to offer the ultimate version of the X6 called, wouldn’t you know it, BMW X6M!

But as the story goes, people often don’t get satisfied with what automakers offer in their ultimate versions, so people tend to spruce it up even more.

When we saw the iForged powered BMW X6M last week, we wanted to have it on our site! After Dejan’s photoshoot of the White BMW X6 a few weeks ago, this is another SAV (Sport Activity Vehicle) featured. The car in question here is powered by a 4.4-liter twin-turbocharged V8 engine that cranks out 555HP at 6,000 rpm and a whopping 680Nm or 501-lbs/ft of peak torque available between 1,500 and 5,650 rpm. You would think there is not much to be added to a car like this?

But wait, when iForged got their hands on it, the BMW received some cool modifications. The one that comes to view first is 22″ iForged Concave Legacy V2 wheels! Talk about big wheels! These babies fit perfectly on the red BMW! it’s a trend in the automotive industry to offer concave wheels these days. And as we talked about it before, they look somewhat better than older styled, big lip wheels, but it’s all a matter of taste individually.

The car also received a full Vorsteiner body kit, sporting carbon-fiber composite construction that exudes absolute confidence and road presence in every way. The front spoiler is designed to add downforce to the front axle at high speeds, while at the same time allowing more air to flow into front radiators and air duct openings. The vented carbon composite hood is also installed, helping that hot air be released from the engine compartment more easily. Things like the back carbon fiber diffuser replacing the plastic stock one are mandatory on a vehicle like this.

Quite a nice modification package, including the iForged Concave wheels, as well as the Vorsteiner body kit. Nice option for anyone holding enough cash to buy a car like this and then having enough of it laying around to make these kinds of modifications to it. We must thank iForged for letting us use their photos here. 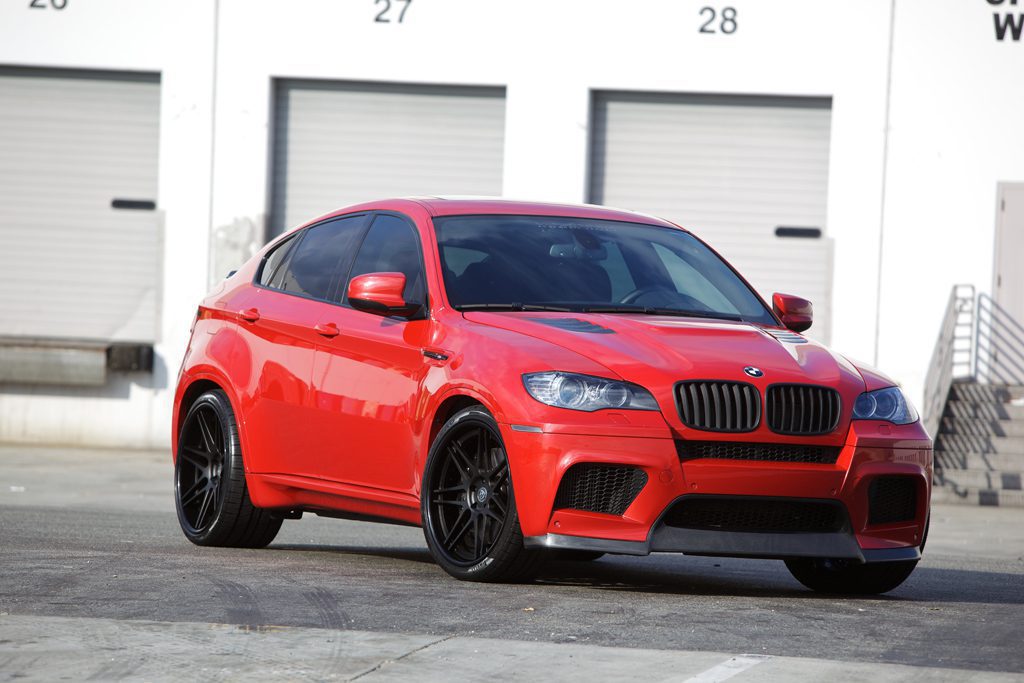