The Results Are Sick As Usual!

This Torch Red Corvette C8 marks yet another successful build from Forgestar, this time installing a set of Forgestar CF5V wheels on this vehicle, giving it a much more aggressive look

Right now, we’re not sure whether Forgestar simply loves the Corvette C8 as much, or do Corvette C8 owners love Forgestar so much. In the end, it doesn’t even matter. We’ll take any new aftermarket wheel build with this vehicle. Especially if it’s showcased in such a lovely photoshoot, as is this one.

The Corvette C8 is in its eight-generation, a slight evolutionary change. After following several experimental CERV prototype vehicles, the C8 is the first mid-engined Corvette since the model’s introduction in 1953, in turn marking Chevy’s venture into the higher-end of the performance car market. The car is powered by a new naturally aspirated 6.2 L V8 engine, rated at 490 horsepower and  465 lb-ft (630 Nm) of torque – an improvement of 40 horsepower and 10 lb-ft (14 Nm) over the outgoing C7 Corvette Stingray. 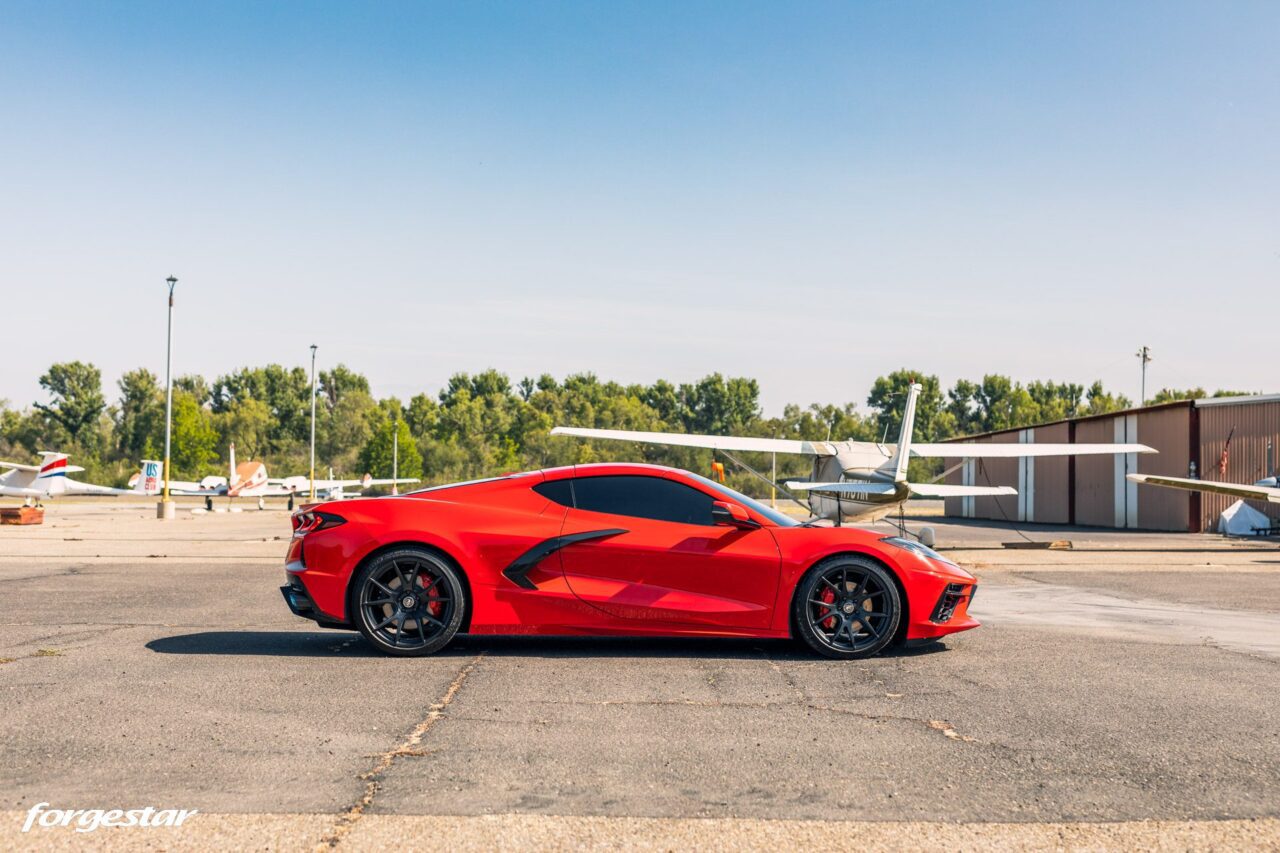 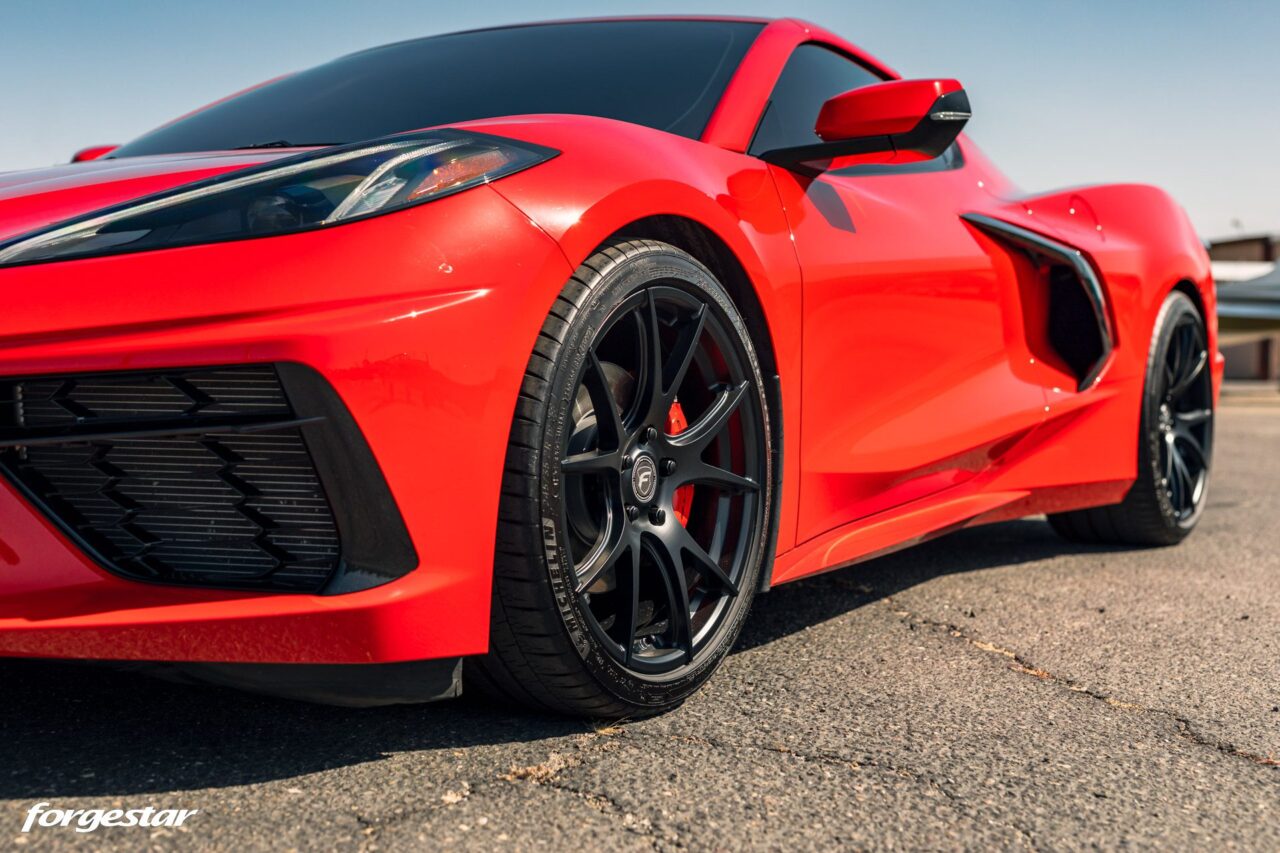 In the Corvette C8, the engine is utilized in sync with an 8-speed dual-clutch automated transmission made by Tremec, which also comes with paddle shifters on the steering wheel. This allows the Corvette of this generation to sprint from 0-100km/h (0-62mph) in 2.9 seconds when equipped with the optional Z51 package. That’s according to factory-published data.

However, when Car and Driver tested the car, they managed to achieve a recorded time of just 2.8 seconds. Some pretty impressive figures, even a supercar. In turn, the C8 is one of the hottest commodities on the automotive market right now and plenty of owners are going the aftermarket route to add a bit of a custom touch to their vehicle. 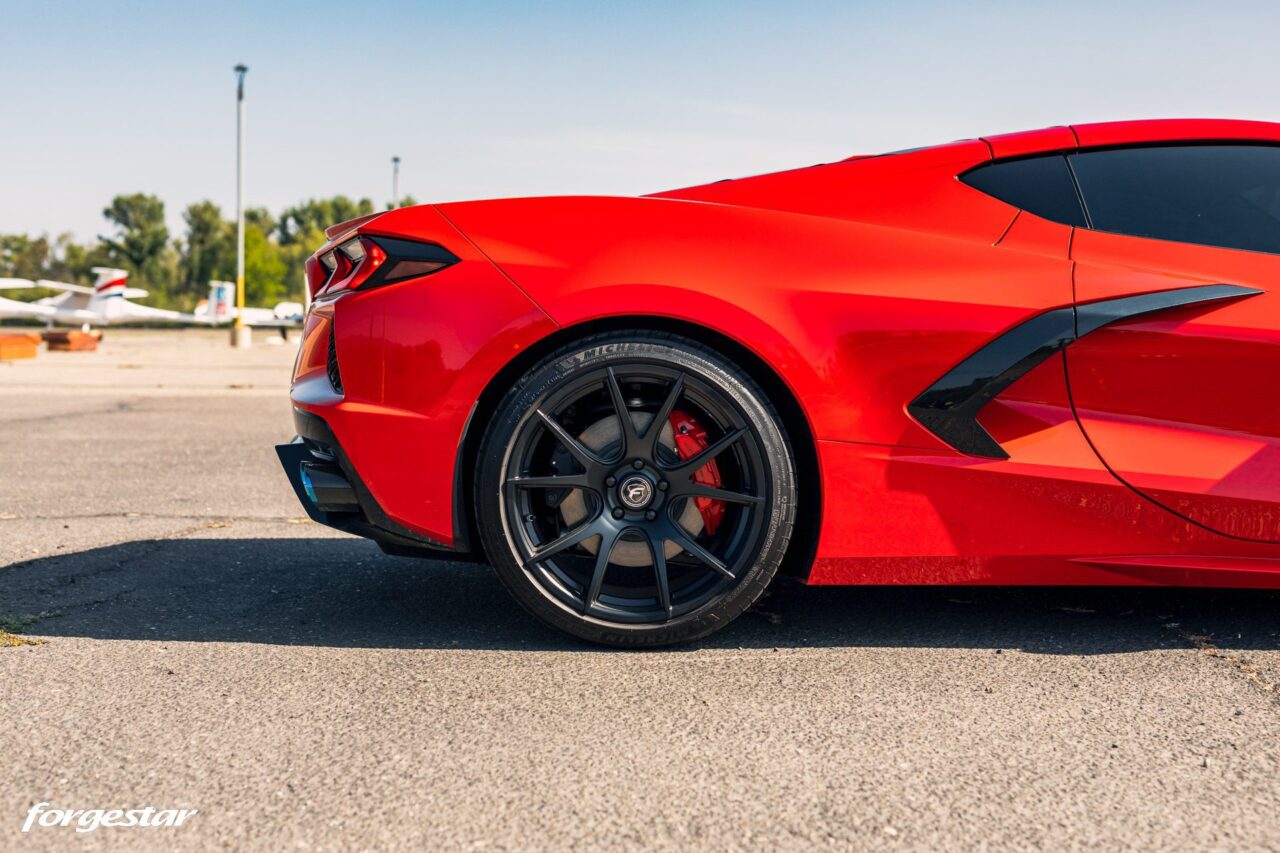 This particular Corvette C8 features the gorgeous Torch Red exterior finish. It’s a rather fetching shade of red, giving the American muscle car and its aggressive and curvaceous body lines a true epic accent. For this C8, the owner went with a set of Forgestar CF5V rotary-formed wheels. They are sized 19×9 in the front and 20×12 in the rear. Furthermore, they are finished in a Satin Black finish, working well to add a bit of a contrast against the red exterior and red brake calipers of this muscle car.

You can grab a detailed look at this build in the media gallery below. Some wallpaper-sized images for your desktop await you. 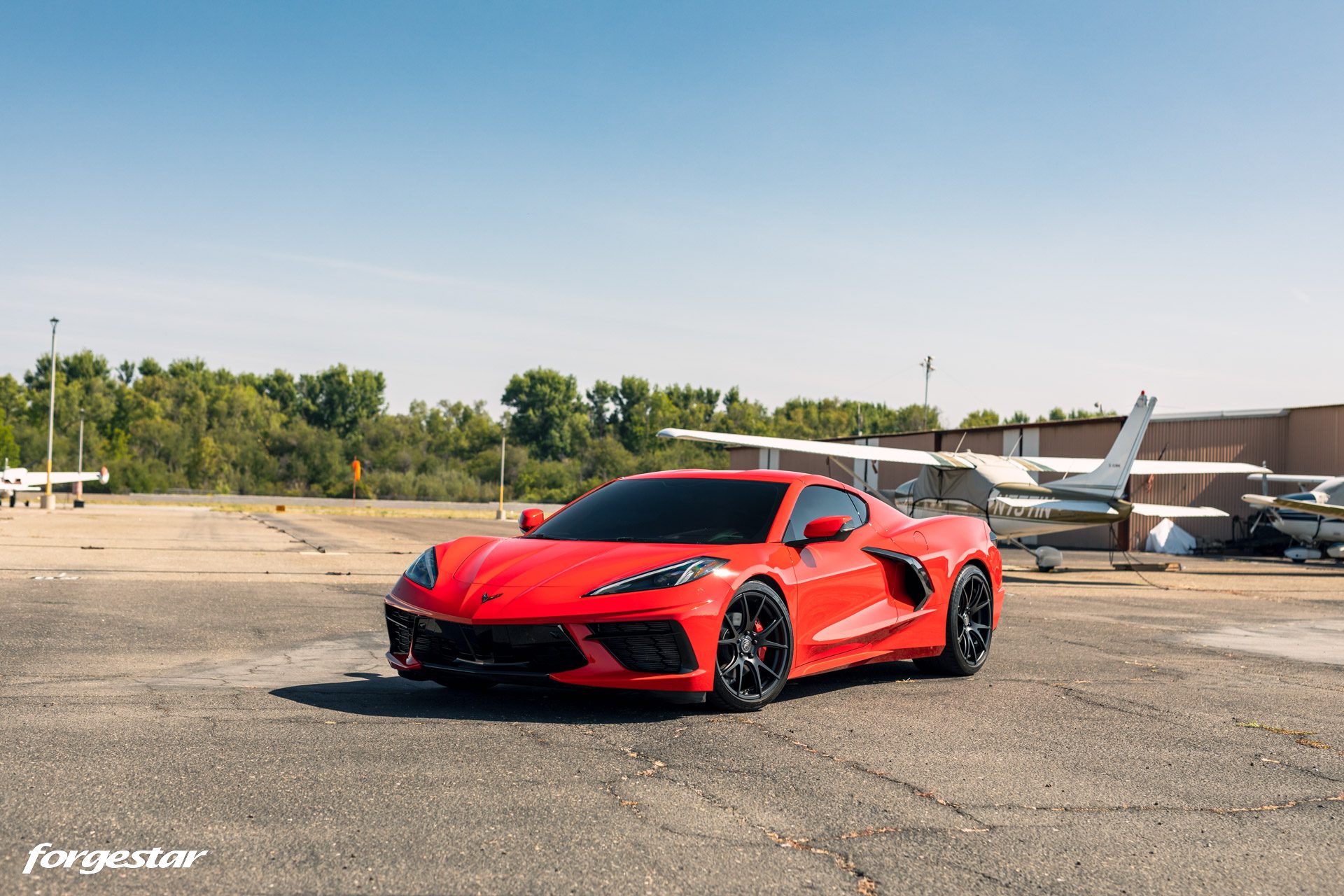