For the most part, if you can get over the large kidney grilles drama that’s been going on for the last year, the mid life cycle refreshed BMW 7 Series looks really good. Yes, even we think the grilles are too large, but the car epitomizes what a luxury flagship sedan should look like. When you add a striking Donington Gray Metallic finish, a set of ADV.1 Wheels, a lowering and a set of ///M yellow-painted brake calipers, then you get a true stunner. In turn, this isn’t your regular 7 Series – if there ever was such a thing. 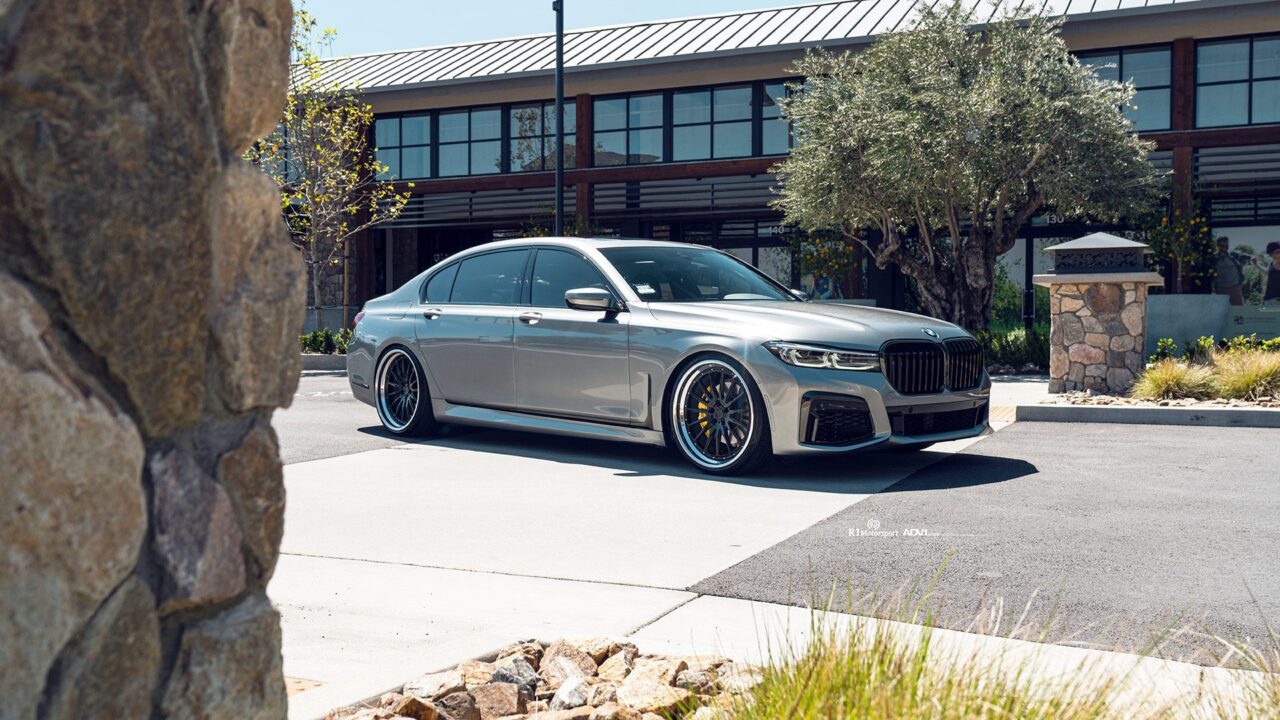 This particular BMW 750iL xDrive comes powered by a 4.4 liter BMW TwinPower Turbo engine. Delivering 530 horsepower and 750 Nm (553 lb-ft) of torque, this engine is mated to an 8-speed Steptronic ZF automatic transmission. In turn, this large luxury sedan can sprint from 0-100km/h (0-62mph) in 4.4 seconds. Yes, that’s close to the current-generation BMW M3 and BMW M4. And clearly, that can put things into perspective. However, the BMW 750iL xDrive was never envisioned to be thrashed on a racetrack, even though it handles quite well for such a large and opulent vehicle. 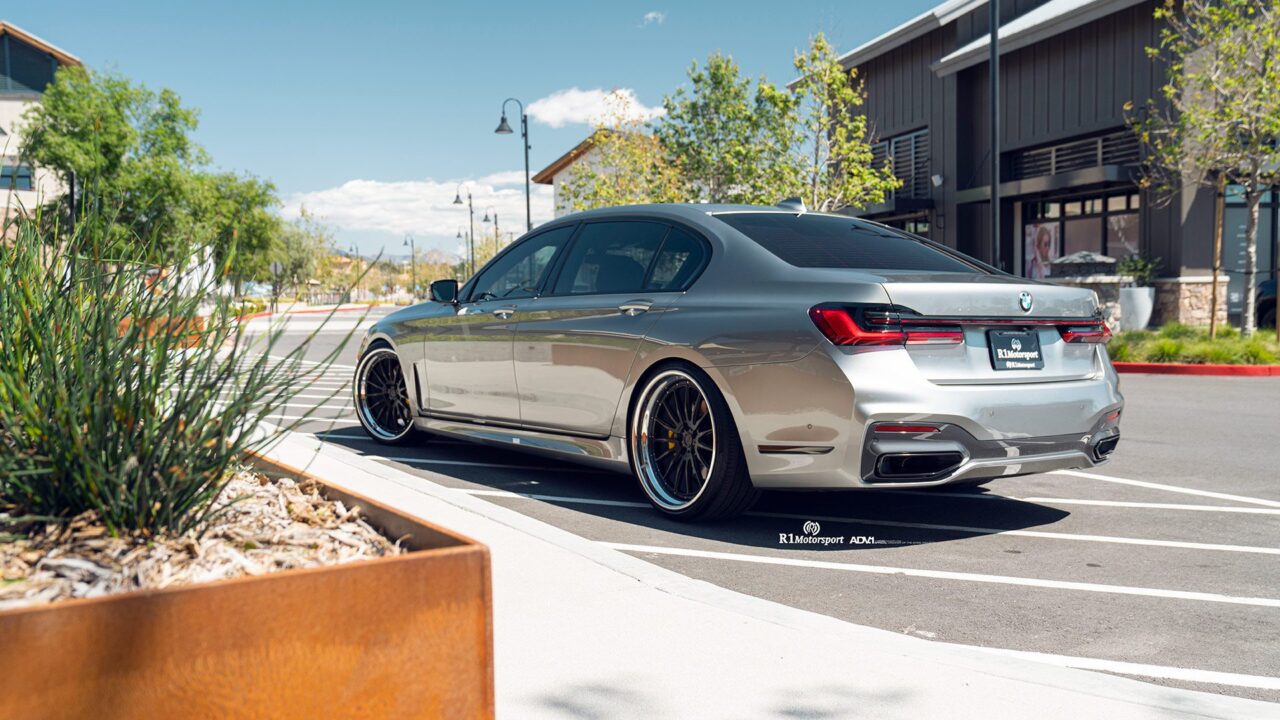 While its looks can definitely be considered as part of the best in the luxury sedan game, for some owners, adding a bit of personal flair is always a good idea. This particular Donington Gray Metallic BMW 750iL xDrive comes from R1 Motorsport, a California-based tuner of high-performance and luxury vehicles. For this build, the tuner went with a set of ADV15 Track Function CS Series wheels, a three-piece custom forged solution, giving this 7 Series a true stunner status.

These wheels are sized 22×9.5 in the front and 22×11 in the rear. Furthermore, they come with a Polished Aluminum with Gloss Clear finish combination for the wheel centers and lips, respectively. Finally, the wheels are finished with a 50/50 Exposed Hardware option, giving them a nice accentuating detail.

You can grab a detailed look at this Donington Grey Metallic BMW 750iL xDrive in the media gallery below.