ABT Releases Their Audi RS3 With 500 Horsepower

It was pretty much a no-brainer that, when the revised Audi RS3 Sportback and RS3 Limousine were released, there will be an ABT tuning package coming out real soon. For ABT Sportsline, the market leader for tuning Audi and VW group vehicles, there was still room for improvement. hence, the ABT RS3 with ABT Power R and 500 HP (368 kW) and improved driving dynamics were revealed. Additionally, thanks to the specially developed and adapted engine control unit, it comes without additional wear and fuel consumption. The standard Audi RS 3 comes with 400 HP (294 kW) but ABT Sportsline already produced a performance upgrade with 460 HP (339 kW) before.

With ABT Suspension Springs and ABT Anti-Roll Bars, the ABT RS3 perfectly brings the power of the 5-cylinder in-line engine with 2.5 liters onto the road. Moreover, the tuner already develops a special ABT Damper Setup in cooperation with its partner KW automotive. The objective is to create both a sporty and comfortable driving experience. The multi valve technology makes it possible to finetune the damping force with regard to rebound and bump. Thus, customers from all over the world can experience the typical handling of an ABT RS3. 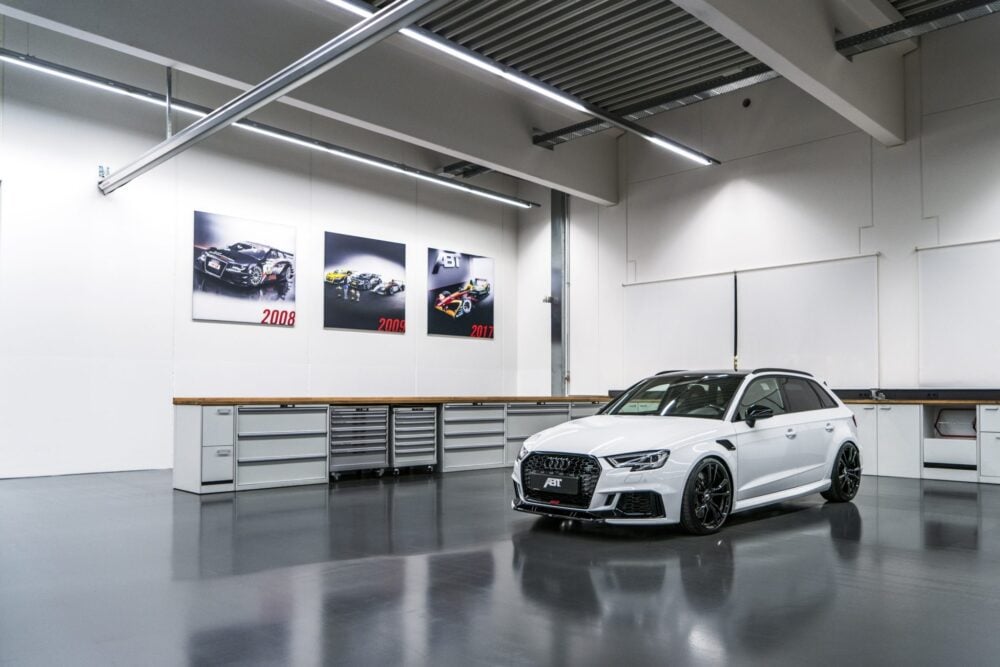 The ABT Brake Upgrade Kit, which hides behind the 19 and 20 inch rims in ABT DR, ER-C, ER-F or FR design, always stops the ABT RS3 precisely. For the interior, the Bavaria-based company offers different finishing upgrades in carbon and integrated entrance lights with the ABT branding, a gearshift lever badge, and the start/stop button. The rear of the Audi also gets a glossy black rear skirt set consisting of rear muffler channel and ABT Exhaust System with two 102 mm double pipes in matte black.

In regards to the design, ABT Sportsline does not miss the opportunity to complement the ABT RS3 with a number of additional aerodynamic elements and interior finishing upgrades to make it stand out. The ABT RS3comes with a front skirt add on, a front grille add on with RS3 logo, the rear skirt set, and different ABT RS3 finishing upgrades for the interior. 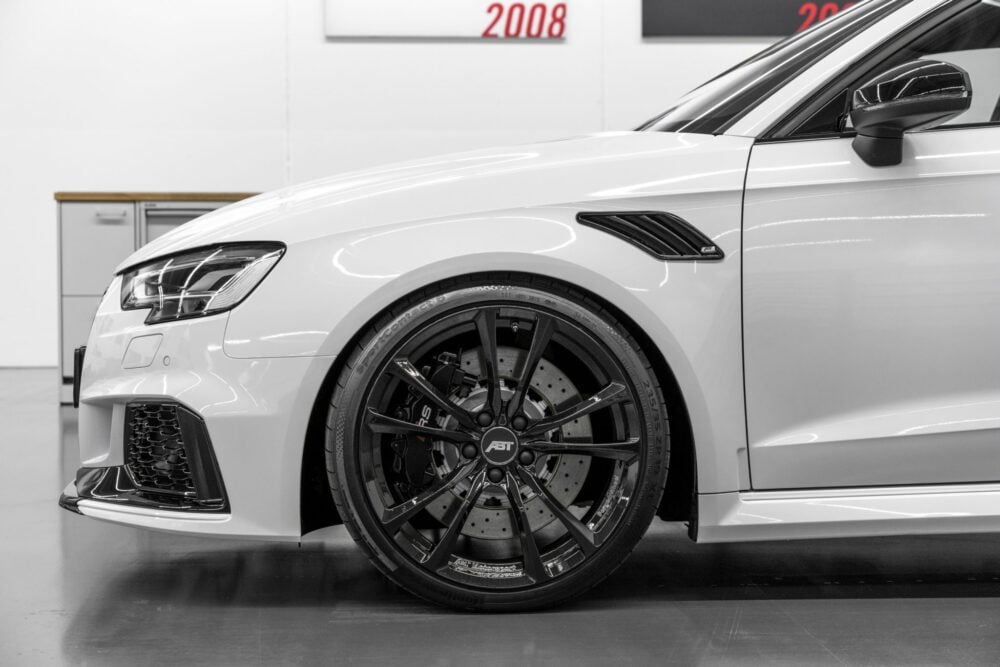 With an improved suspension, a brake upgrade kit and new rims, the ABT RS3 package for Sportback and limousine refines the sporty and luxurious character of the ABT RS3 even more. This makes the Audi Audi RS3 Sportback and RS3 Limousine fully complete. This is the closest a compact car can get to motor sports and certainly it will be more than satisfiable for most owners. Grab a quick look at the complete ABT tuning project media gallery for the Audi RS3 right below. 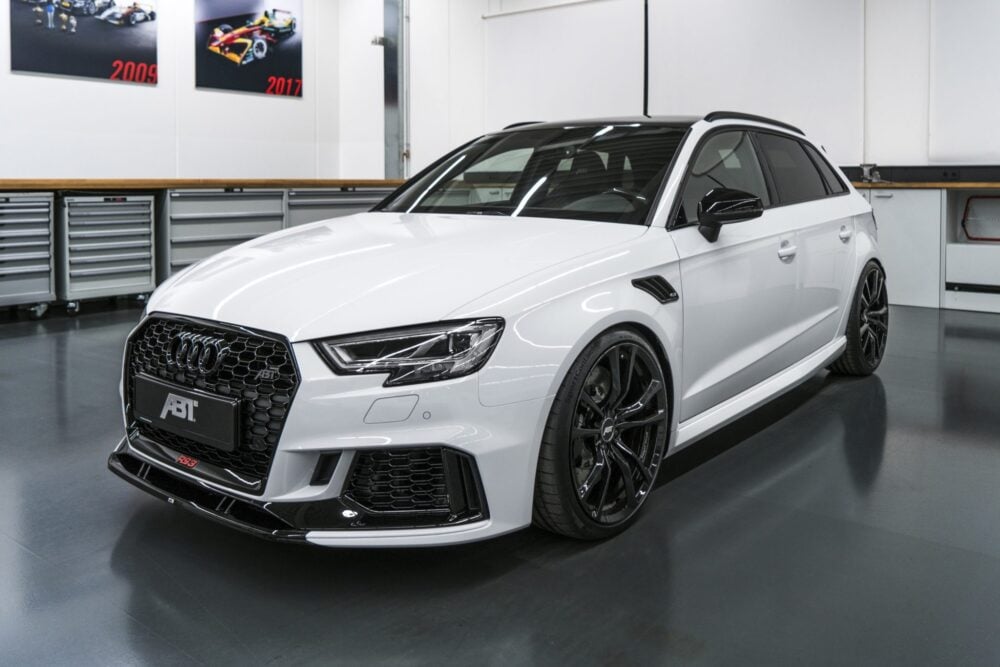 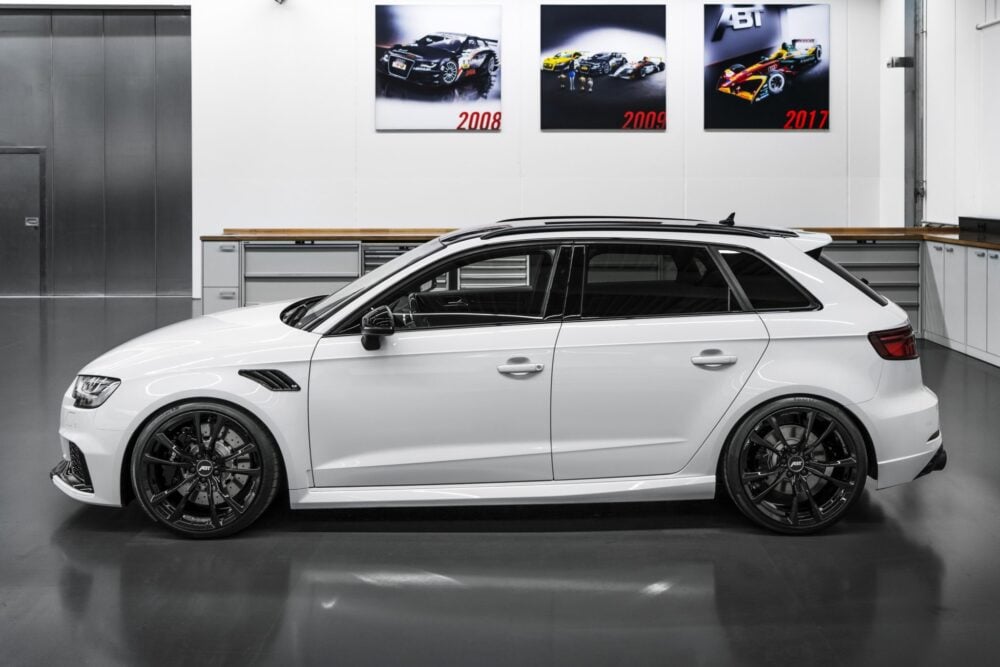 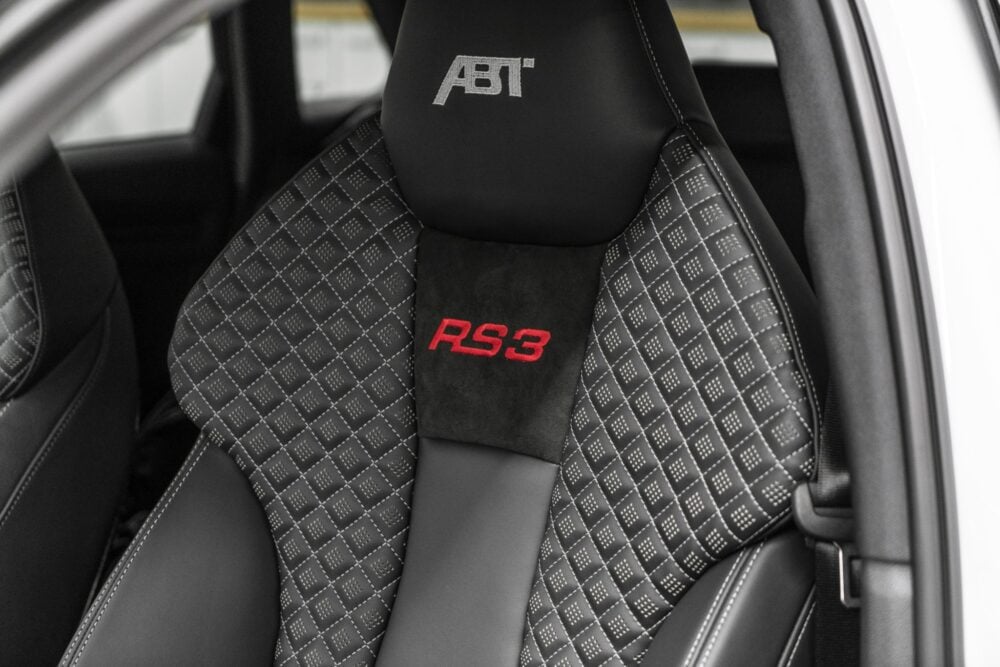 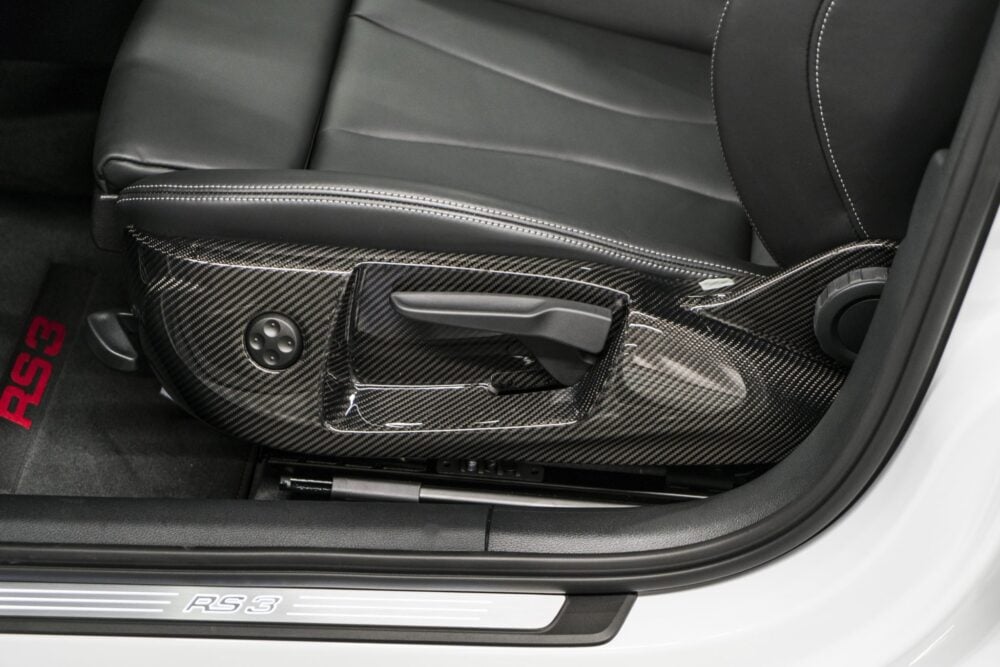 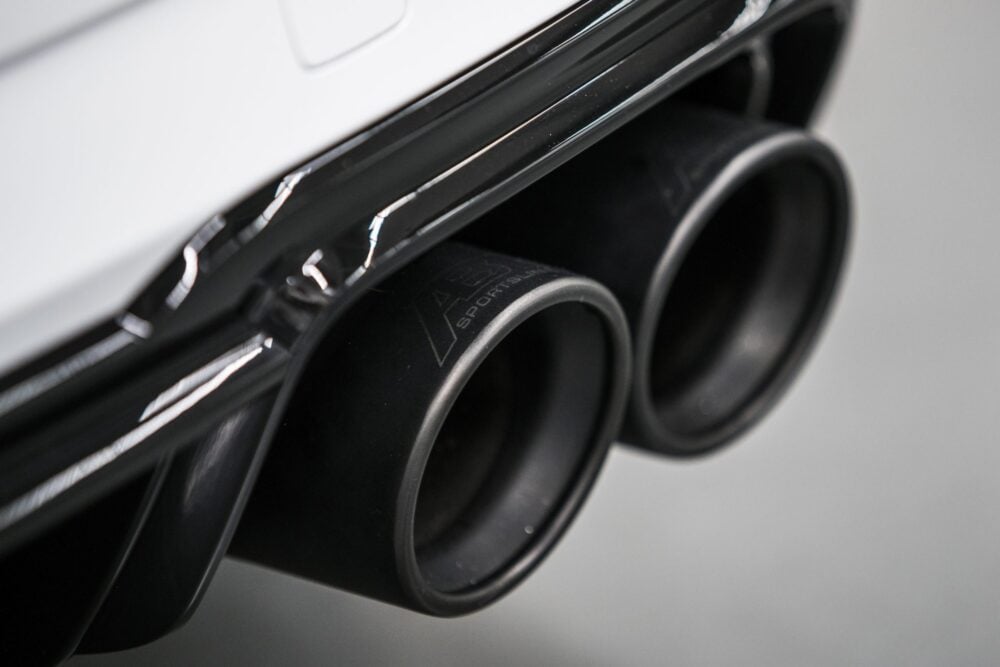 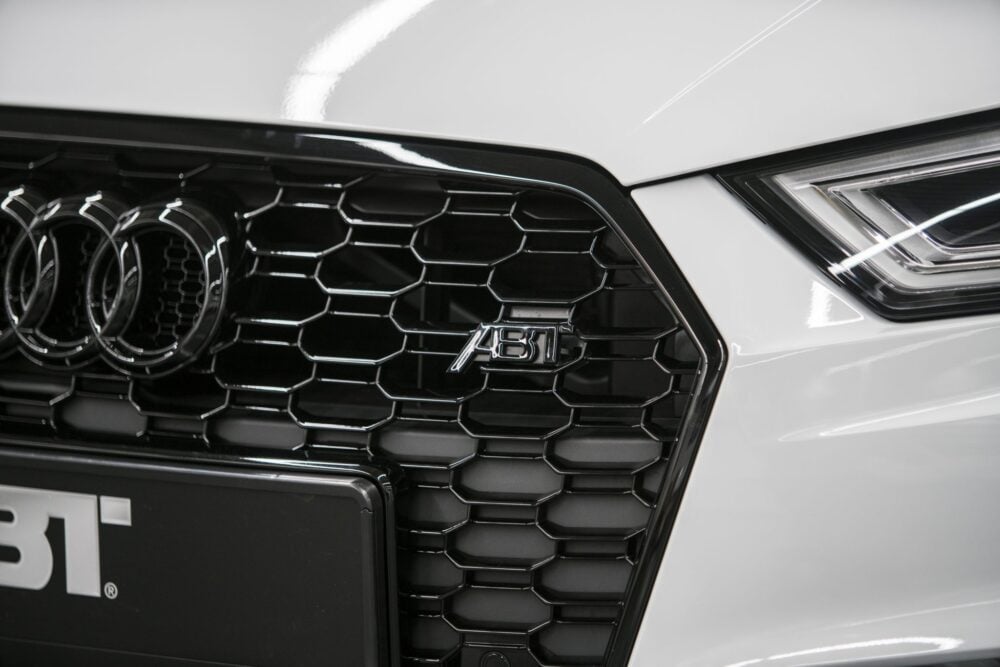 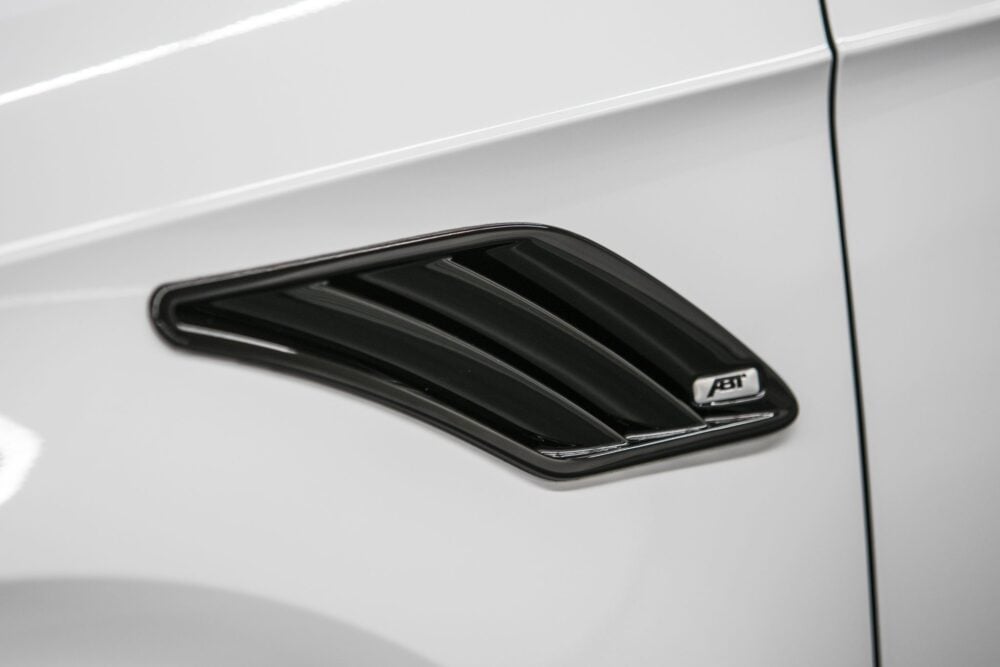 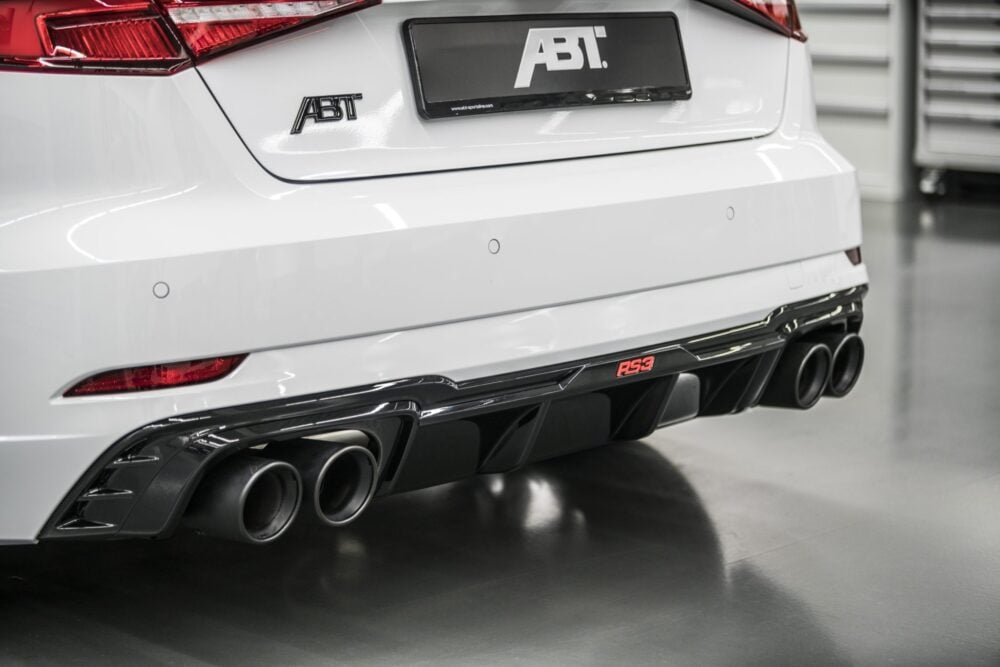 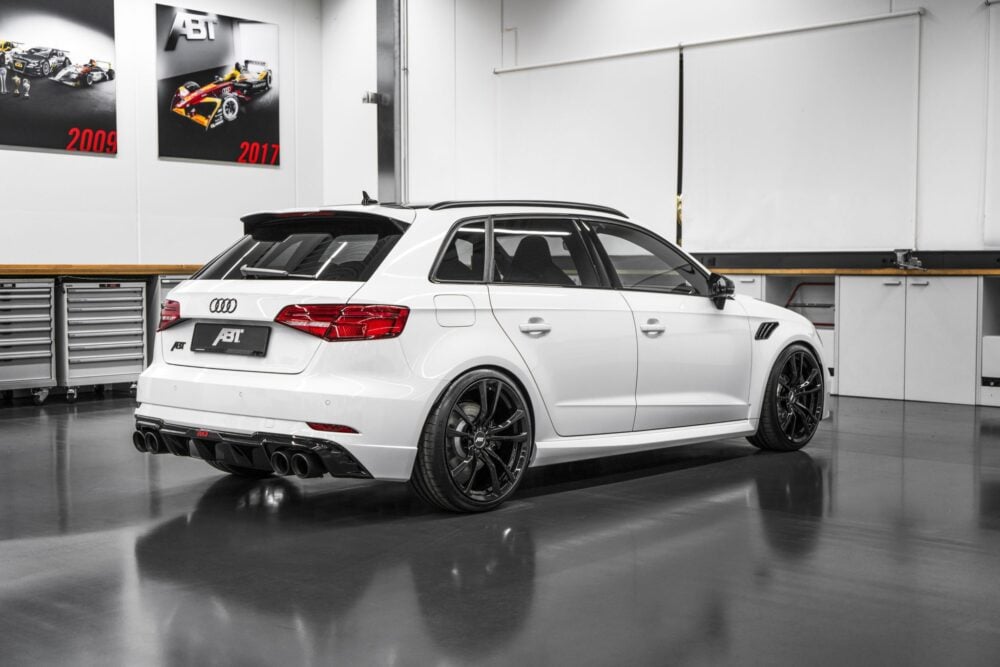