When you wanna go with a sick finish for your brand new supercar, something like the Blu Nila seen on this Lamborghini Aventador S is a really good choice. It’s sort of a Baby Blue finish, but it’s darker and a bit broader than the likes of Mexico Blue (Porsche) or Yas Marina Blue (BMW) for example. Still, it’s a really striking finish that will make this Aventador S noticeable anywhere its owner takes it. While many will scoff at a mere idea of tuning this vehicle, there are owners who like to further customize their supercars.

Thanks to a set of Velos D7 wheels, this Aventador S is just slightly tuned and we’re pretty sure the purists won’t object to such changes. The wheels come in sizes of 20×9 in the front and 21×13 in the rear. The wheels feature Brushed Candy Black Matte centers and Lamborghini Blu Nila lips, perfectly matching the vehicle’s overall color theme. Add the Orange brake calipers below, and this is one striking visual combo. 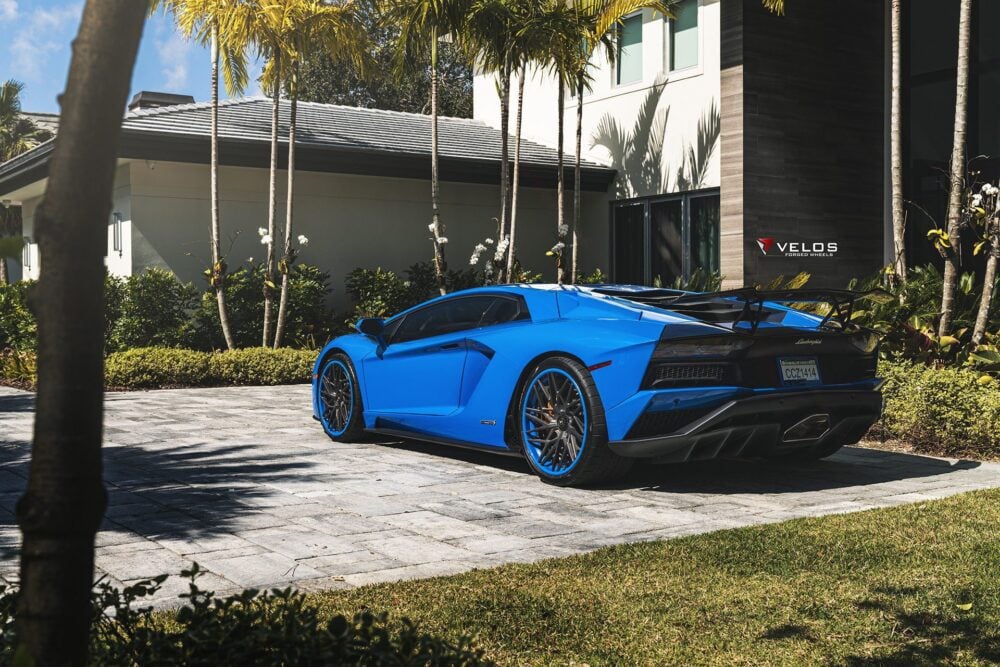 The Aventador S was released in 2016 and it poses a slight update to the outgoing Aventador. While there aren’t many mechanical and exterior changes, the vehicle still performs and looks a bit different than it’s predecessor. The updated exterior of the car was designed by Lamborghini’s head of design Mitja Borkert. The new design elements on the Aventador S allow the vehicle to achieve a 130% improved downforce in the front, while the new side air vents improve overall airflow and reduce turbulence, further improving cooling and offering increased efficiency. In the rear, there’s a brand new black rear diffuser with fins, accompanied by three single exit exhaust tips. 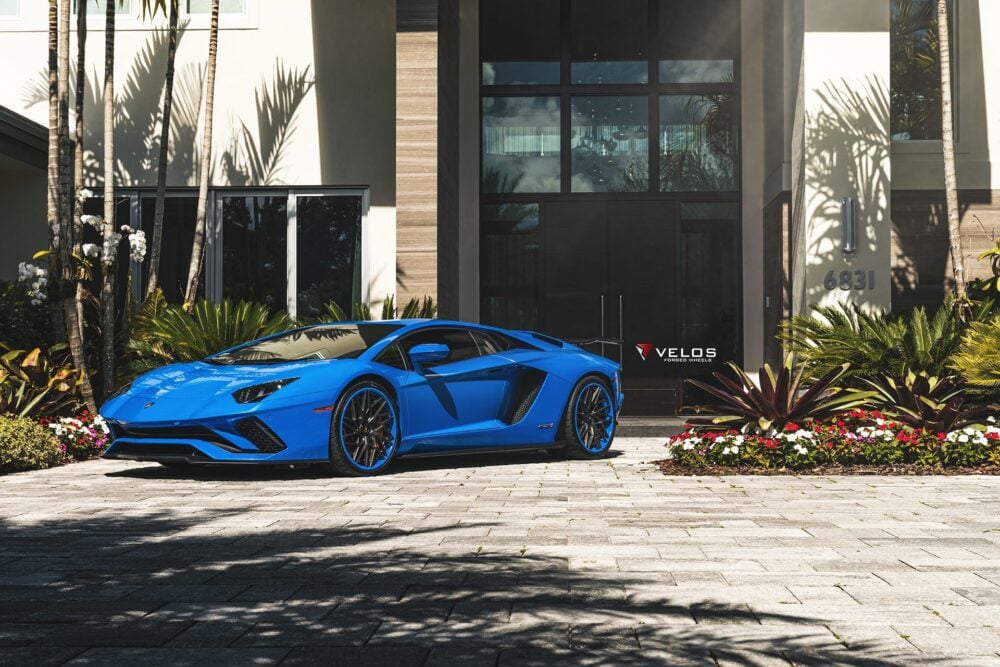 Furthermore, the Aventador S received advanced four-wheel steering, a permanent four-wheel drive, and a slightly updated suspension system. Controlled by a “Lamborghini Dinamica Veicolo Attiva’ (LDVA)”, it allows the driver to select four driving modes: Sport, Strada (Street), Corsa (Track) and Ego (individual). Additionally, carbon ceramic brakes – sized 400m in the front and 380mm in the rear – come as standard. In turn, the Aventador S will both go fast in a quick fashion, but also stop really fast as well.

Now, with these Velos Designwerks wheels, this Aventador S not only goes fast, but looks good as well. You can grab a detailed view of this build in the media gallery below.