The Nissan GTR – although taking a backseat popularity wise in recent months – is still one of the best bang for buck supercars available on the market today. Yes, I clearly and unmistakably wrote supercars, as the Nissan GTR – is one. The high-performance Japanese machine is powered by a 3.8-liter twin-turbocharged engine, which, in its stock form, delivers a whopping 565 horsepower and 467 lb-ft of torque. Thanks to its Dual-clutch 6-speed transmission with three driver-selectable modes (normal, race and save) it can accelerate from 0-62mph (0-100km/h) in just 2.9 seconds.

For comparison, the McLaren  570S – one of the best performing mid-range supercars, will do the same sprint in 3.4 seconds, while its much more expensive & powerful brother – the 720S – will achieve exactly the same 0-62mph (0-100km/h) time of 2.9 seconds. Impressive! For a price tag of  just $109,990 there’s not really much that beats the GTR in sheer performance and overall appeal. 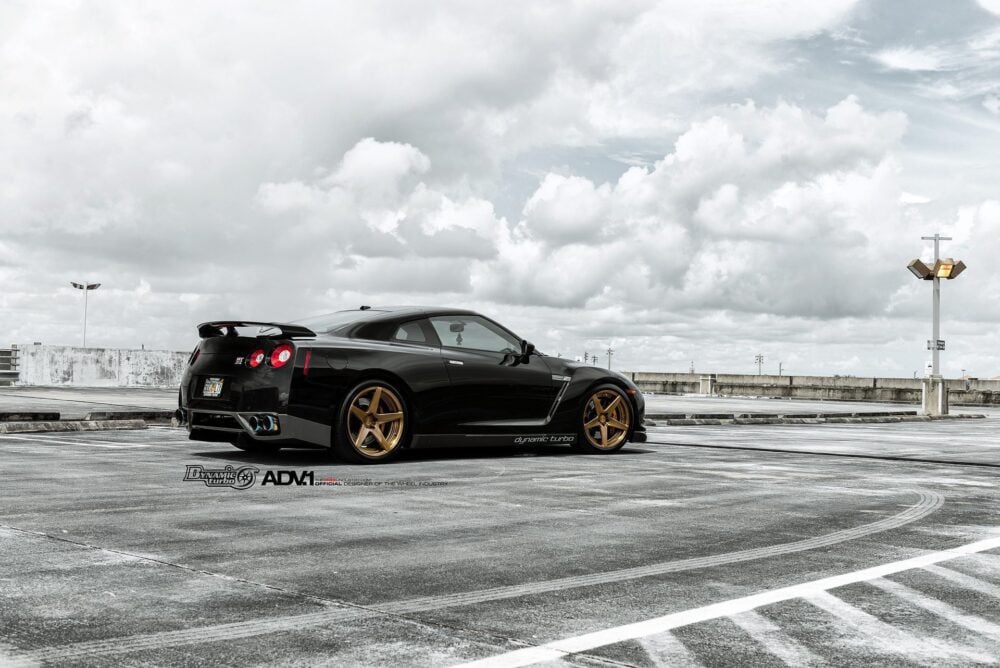 For the owner of this Nissan GTR however, that wasn’t enough. This is where the owner turned to ADV.1 Wheels to give his GTR a more appealing exterior look. While the car looks fresh and relevant in high-performance machine design terms, it does show telltale signs of old age. After all, it was released back in 2007 – almost 11 years ago.

This Black Nissan GTR rides on a set of ADV5 M.V2 Standard Series forged concave wheels. The five-spoke design is one of our favorites from the Miami based wheel company, as it’s clean and adds that perfect performance inspired touch to this vehicle. Sized 20×11 in the front and 20×12 in the rear, these wheels push the boundaries of GTR fitment to the max, giving a flush to the fenders look.

With a Manbronze finish, they work perfectly with the black exterior of the vehicle, while the Hidden Hardware option helps keep the design outlook rather clean. 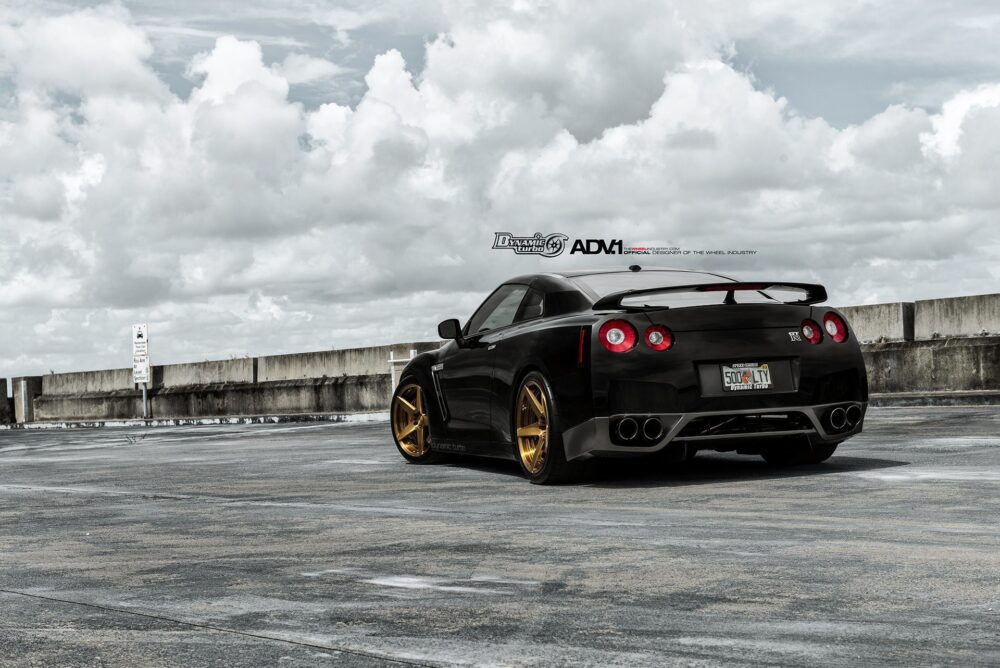 The clean design of the wheels, the impressive stance and overall aggressive looks, make this GTR a coveted item in the aftermarket tuning world. Make sure to grab a detailed look at this build in the photoshoot by William Stern Photography right below.