BMW will present the extensive range of new M Performance Parts and Original BMW Accessories at their booth inside the lower South Hall (Booth 40247) at the 2016 SEMA Show in Las Vegas, Nevada. BMW vehicles that will be displayed throughout the show include a BMW M2 Safety Car, a BMW M3, a BMW X5, a BMW 340i finished in Alpine White with numerous M Performance Parts. Additionally, BMW will present a very special BMW Individual 740e xDrive iPerformance and finished in BMW Individual Frozen Black Metallic featuring M Performance Parts at SEMA. Also on display at the H&R booth, BMW will showcase one of the five 3.0 CSL campaigned by BMW of North America in the 1975 & ’76 IMSA Camel GT Series in Group 4 specifications which won at Sebring, Riverside, Laguna Seca, Daytona and Talladega.

With around 60,000 trade visitors and over a million square feet of the Las Vegas Convention Center, the SEMA Show in Las Vegas (Nevada, USA) is held every year in the first week of November and ranks as the world’s leading trade fair for vehicle individualization and tuning. This year, the largest event being held by the Specialty Equipment Market Association (SEMA) from November 1 to 4 is opening its doors for accredited trade representatives.

BMW’s presence at the SEMA Show has a special meaning for the company in several respects. The SEMA Show’s worldwide reputation as an innovator and trendsetter in the field of tuning and individualization, the conference offers the ideal framework to present the extensive range of BMW M Performance Parts that not only increase the performance and optimize vehicle driving dynamics but they also extend a unique and distinctive look to the BMW models. The USA is the largest market for BMW M Performance Parts in the world, with 20 percent higher revenue than comparable figures in Germany, the second largest market in the world.

World premiere: motorsport aerodynamics for the BMW M3.   The BMW M Performance rear wing will be making its world premiere at the 2016 SEMA Show. This aerodynamic component is made completely from carbon fiber (wing, side sections, support brackets) and is accentuated with racing stripes, bringing motorsport know-how to the streets for a production M3. Market launch is planned for mid-year on 2017.

World premiere: M Performance light alloy wheel. One of the most significant innovations being presented by BMW at the 2016 SEMA Show is the new light alloy wheel displayed as a concept wheel on the BMW M3 (19-inch at the front, 20-inch at the rear). Derived directly from motor racing, the M Performance wheel, which is milled and weight-optimized entirely from a forged blank, contributes – compared with wheels fitted with standard tires – towards even better steering behavior, resulting in a further increase in driving dynamics. This is complemented by the exclusive styling of the wheel set, which is shown in Black matte and with “M Performance” lettering on the rim flange and matched with Michelin Pilot Sport Cup 2 tires for maximum grip and performance. 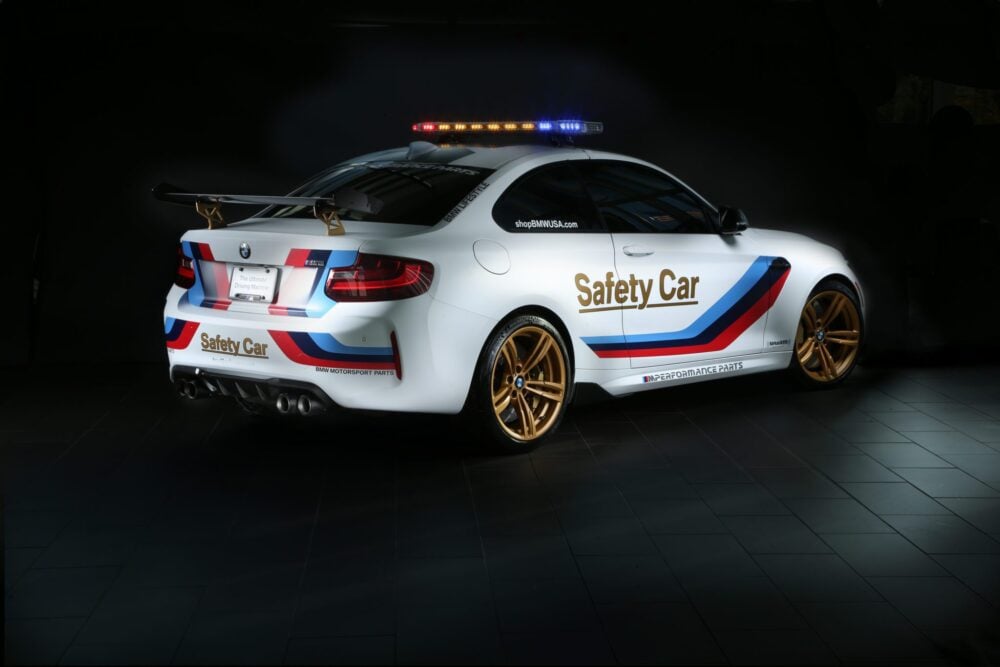 This new M Performance light alloy wheel is expected be available for M2, M3 and M4 in Summer 2017.

New coilover suspension for the BMW M3 and BMW M4. The shock absorbers with contrasting red coil springs featured on the BMW M3 exhibited at the BMW booth in Las Vegas are clearly distinctive features of the new adjustable M Performance Parts sports suspension for the BMW M3 and M4. This suspension allows the driver to lower the vehicle’s ride height between 5 and 20 millimeters via the adjustable spring plate, effectively lowering the center of gravity allowing for optimal ride height for the track or the road. With the M Performance sports suspension, it is possible to experience racing-inspired driving dynamics in everyday use on the road. 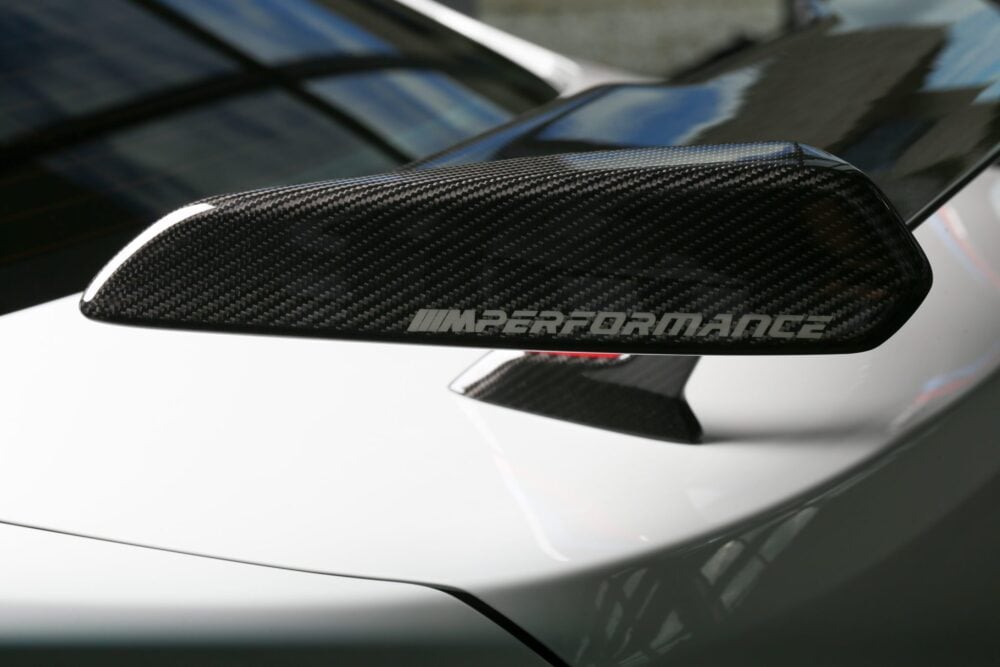 M Performance Power & Sound Kit enhances both performance and sound. New to the North American market is the M Performance Power & Sound Kit, already available in Germany for the BMW 340i and 440i (including xDrive versions). Now offered for the first time in the US, the Kit comprises a modified engine management software and a higher flowing, electronically controlled valve exhaust system that is actuated in Sport/Sport+ modes via the Driving Dynamic Control Switch. This performance upgrades effectively increase power output of the 3-liter 6-cylinder inline TwinPower Turbo engine by 35 hp to 355 hp, with maximum torque increasing to 369 lb-ft (+39 lb-ft) for automatic transmission vehicles (+25 lb-ft on manual transmission models). The result is faster engine response as well as noticeably improved acceleration across the entire engine speed range, enabling a 0-60 mph sprint 0.2 seconds quicker than stock. This increase in performance is acoustically accentuated by a robust engine sound that additionally intensifies the sporty driving experience. In spite of the increase in power output, fuel consumption remains unchanged after installation of the M Performance Power & Sound Kit.

M Performance Packages combine attractive individual options. The US-specific M Performance Packages align to each respective model series and combine various aerodynamic and performance elements into an attractive overall package, ideal for customers who are looking to add even more excitement to their BMW. These packages emphasize the dynamic character of each model, lending it a particularly distinctive, racing-oriented presence and offer customers a savings of up to 13.9 percent compared to the total price of combined individual options. 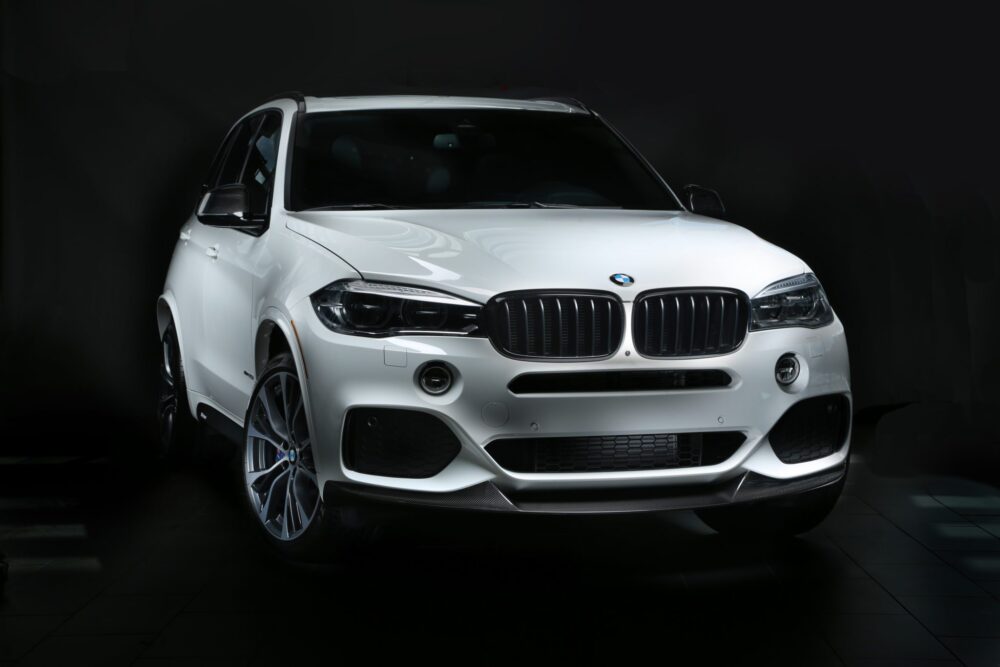 Smart remote engine start function for convenient air conditioning. Moreover, at SEMA in Las Vegas, BMW is presenting the BMW Remote Engine Start for the first time. It will be initially available for models of the BMW 5 Series (F10) as well as the BMW X5 and X6. Thanks to being able to start the engine from a distance, drivers can precondition the inside of the car on exceptionally hot and cold days, as the simultaneously activated automatic climate control system cools down or heats up the interior to the preset temperature. The system is operated using the remote control of the standard car key – pressing the “lock” button three times starts the engine. If the car is not moved within twenty minutes, the system will automatically switch off the engine. 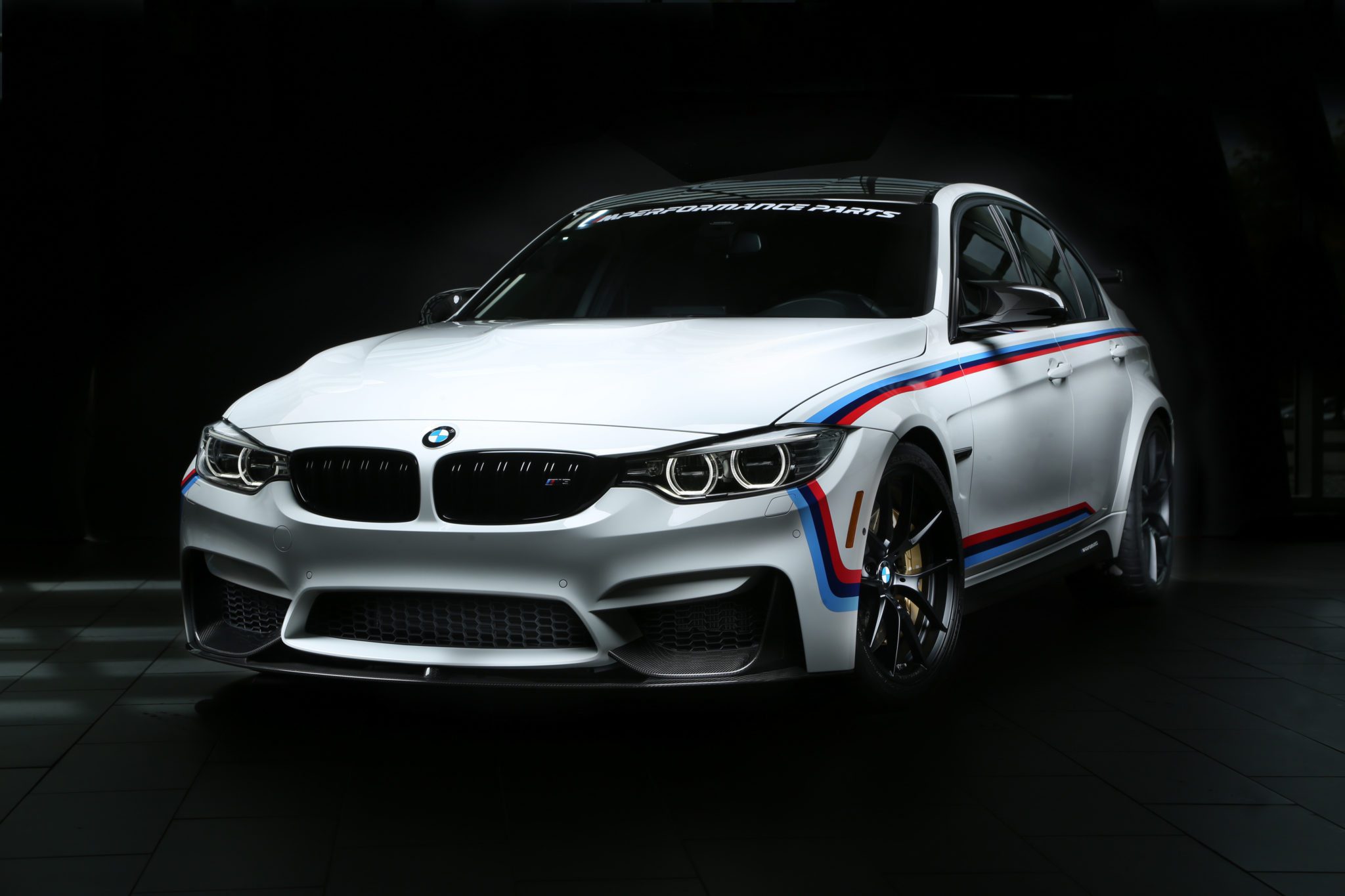