Donnington Gray BMW 750i xDrive looks perfect, thanks to a set of AG AGL66 wheels, showcased in a gorgeous photoshoot by William Stern Photography

Alright, I will apologize to everyone I’ve bitched about the large kidney grilles on the G12 BMW 7 Series. It was ill-informed and I’ve jumped ahead in bashing this rather fetching-looking car. And if I’m being even more honest, this is brought on by the advent of the somewhat tacky-looking G70 7 Series which needs a whole new article if we’re to discuss its design. On the other hand, the old-generation 7 Series aged pretty well – if you can say that about a 2-year-old car, that is. This particular Donnington Gray BMW 750i xDrive is one of the nicest looking builds we’ve seen lately, as it comes equipped with a set of interesting AG Luxury Wheels. 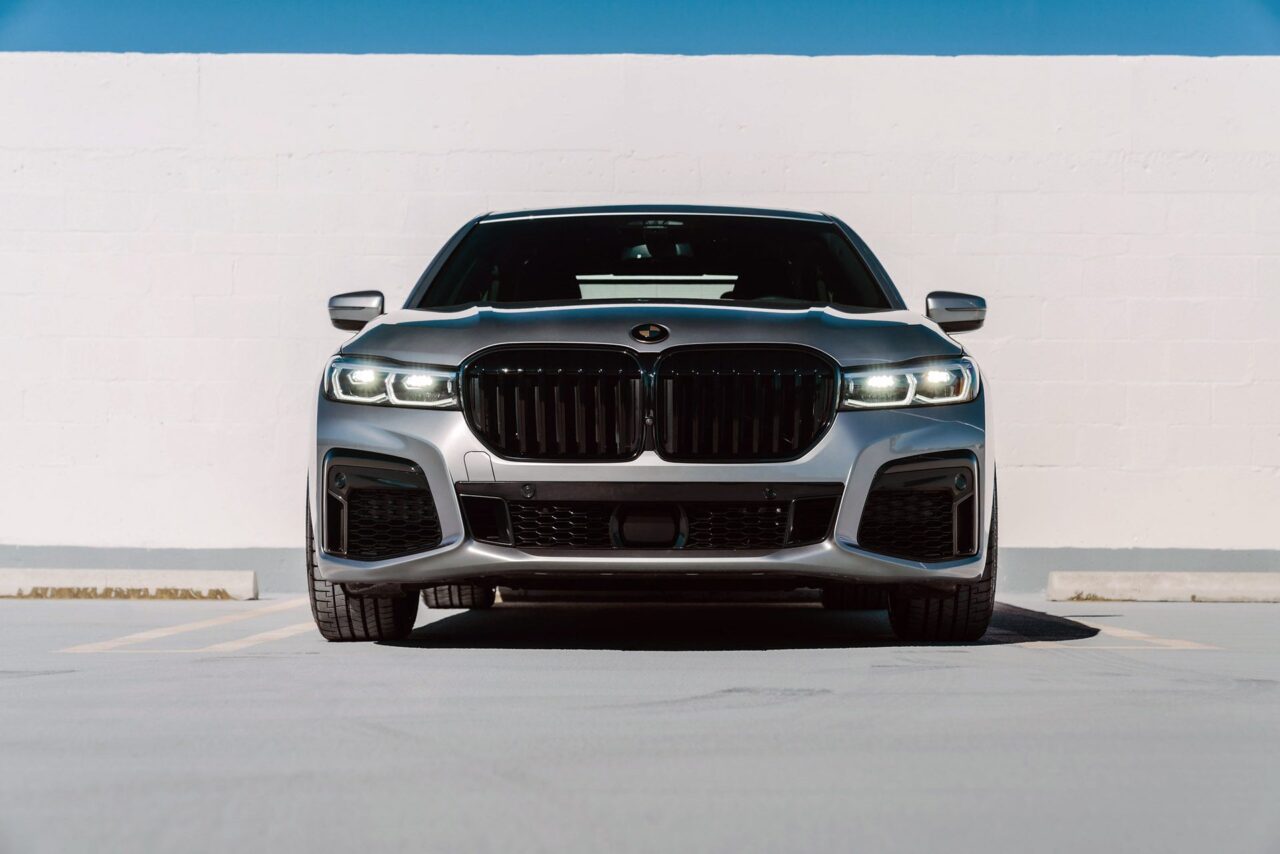 The BMW 750iL xDrive draws its power from a 4.4 liter BMW TwinPower Turbo engine, delivering 530 horsepower and 750 Nm (553 lb-ft) of torque. The engine is mated to an 8-speed Steptronic ZF automatic transmission. In turn, this large luxury sedan can sprint from 0-100km/h (0-62mph) in 4.4 seconds. Yes, that’s close to the previous-generation BMW M3 and BMW M4, and quite frankly an impressive feat for a large body BMW that’s more about luxury and eating up the miles on the autobahn, than it is about performance. 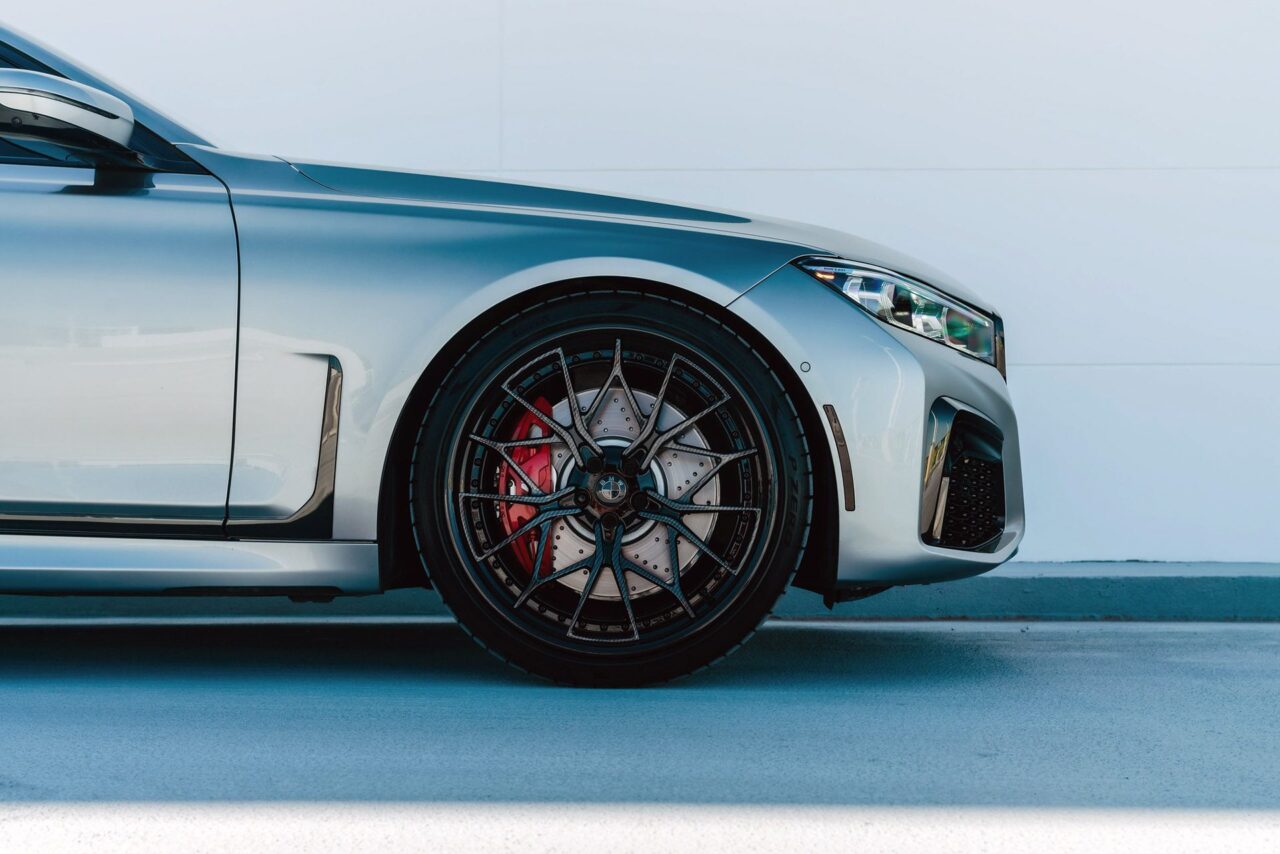 Overall, the BMW 750iL xDrive was never envisioned to be thrashed on a racetrack, even though it handles quite well for such a large and opulent vehicle. In turn, the BMW 7 Series is one of the most popular full-size business sedans out there, equally loved by business tycoons and family people alike, who all need a lot of bang for their money, but in the luxury and performance aspects. However, that also makes the 7 Series a popular vehicle, with many of these seen across the roads of the world. In turn, for some owners, these need a bit of a custom touch. And if you live in Miami, the capital of luxury cars of the world, the addition of an aftermarket set of wheels is a must, by all means. 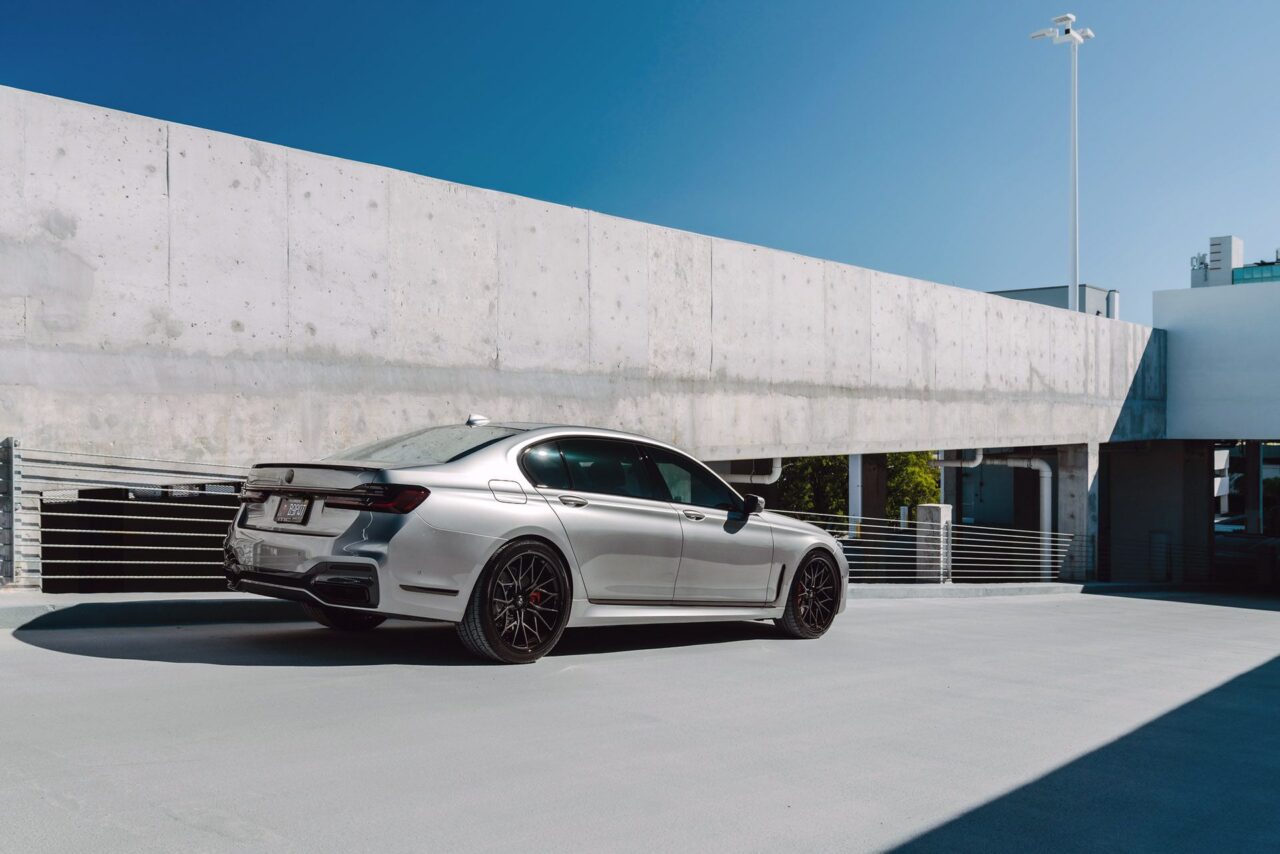 This particular Donnington Gray BMW 750i xDrive comes with a set of AG AGL66 wheels, giving this large sedan a refreshing look. The wheels are sized 22×9 and 22×10.5 in the front and rear, respectively. And thanks to their intricate design and a Gloss Black with Carbon finish, they do really stand out. And that’s just what the owner of this BMW wanted. Naturally, if you’re interested in capturing your aftermarket build the right way, you gotta hire a great photographer. And in the case of this build, William Stern, one of the best in the business, does the job well.

You can grab a detailed look at this build in the media gallery right below. 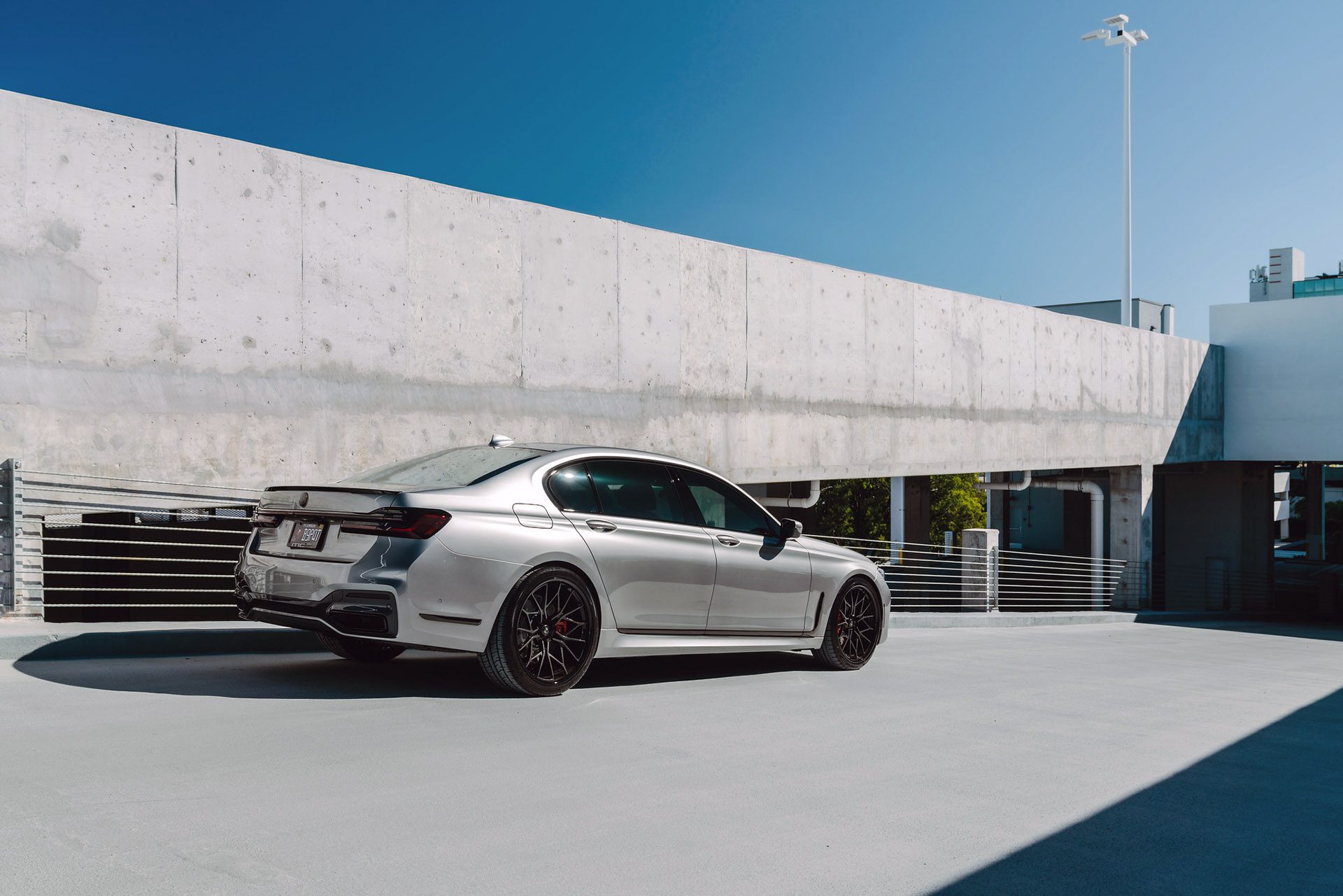