Say what you say about electric cars, but between the Tesla Model S Plaid and the Porsche Taycan, there is nothing that doesn’t draw the eye of automotive nuts like us. Yes, even the range debate – which is argued as the primary reason why you shouldn’t get an electric car – falls seemingly short with these two. Well, somewhat less with the Taycan than the Tesla, but a 388 – 412 kilometres (241 – 256 miles) combined WLTP range is nothing to sneeze at. However, with the Taycan, it’s the well-known handling prowess that’s synonymous with Porsche cars that we’re mostly looking forward with this vehicle.

The Taycan is what Porsche envisioned as a vehicle that’s fully read for the future. It’s really an innovative concept, as it brings together pure emotion and driving prowess that the German carmaker is known for, with a greener future. Pretty much like every Porsche that left the factory floor ever since Ferdinand Porsche started the company back in the day. And certainly, the vehicle is one of the best looking EVs ever to be revealed. And that says a lot. 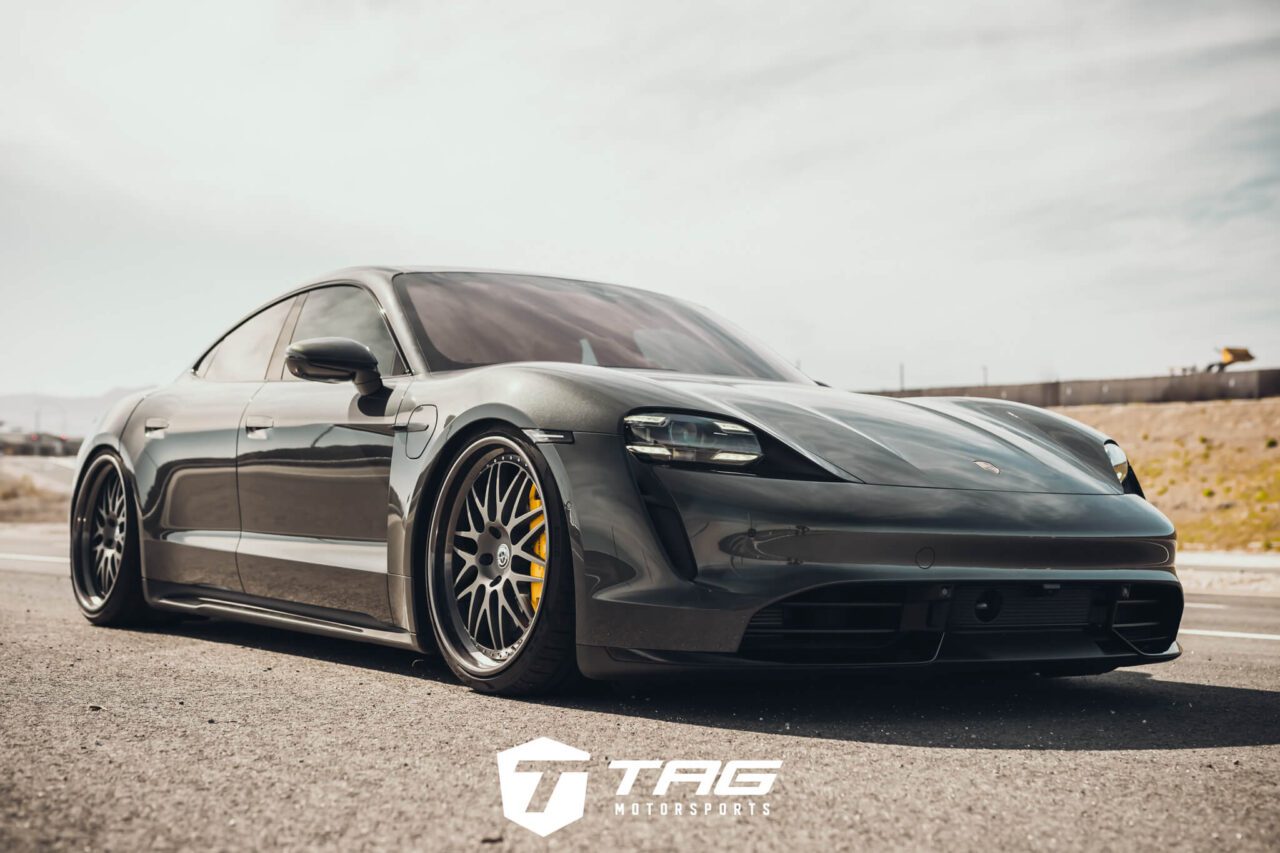 The Taycan Turbo S features two Permanent Magnet Synchronous Motors – one on each axle. Furthermore, the vehicle features an 800-volt performance battery integrated deep into the underbody. It allows the vehicle to use up to 761 horsepower, thanks to an overboost function, activated with launch control, allowing the Taycan Turbo S to fly off the line from a standstill to 100km/h (62mph) in just 2.8 seconds.

Overall, the Taycan Turbo S is definitely one of the most appealing EVs out there and it’s no wonder that Porsche has it’s entire production line fully booked for the next couple of years. However, that brings a problem for new and would-be owners: too many of the same car running around the world today, making them turn to the aftermarket industry for some customized upgrades.

Although this is simply put a gorgeous looking, performance-oriented electric vehicle, for some, that simply might ain’t enough. This is where companies like TAG Motorsports, adding a set of custom-made HRE Wheels handy. The tuning company worked with HRE to create a gorgeous looking set of aftermarket wheels, which perfectly complements the EV seen here. The California-based wheelmaker has built a set of custom-made HRE P540SC wheels for this vehicle. Furthermore, for this build, the wheels come in the OEM 22×9.5 and 22×11.5 sizes in the front and rear, respectively. 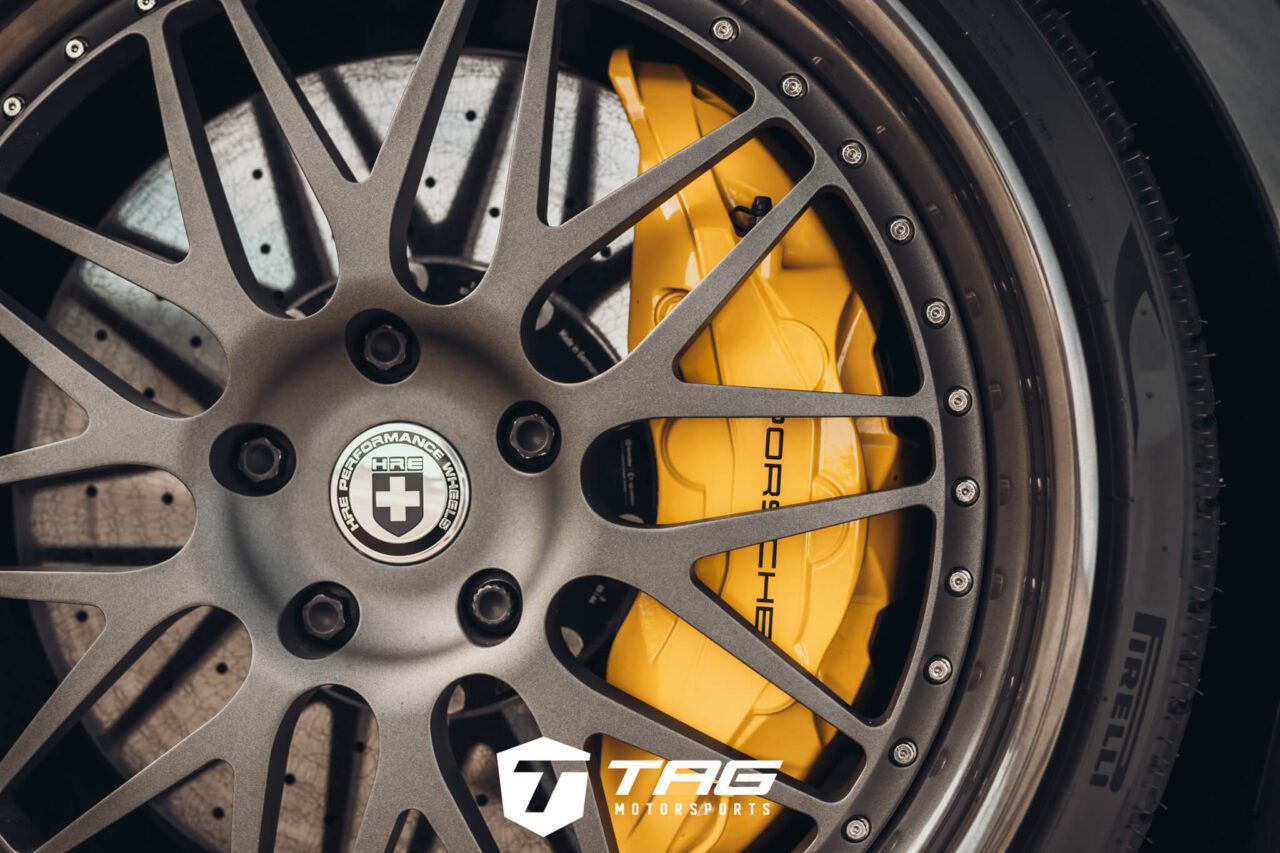 The wheels feature Pirelli P-Zero tires, sized 265/30/22, and 315/25/22 in the front and rear, respectively. Finally, the wheels feature a gorgeous Frozen Dark Clear finish, giving the final exclamation point for this wheel setup. In addition, this Taycan is lowered thanks to a set of Vivid Racing lowering links, giving it a much more aggressive stance.

You can grab a detailed look at this build in the media gallery right below. 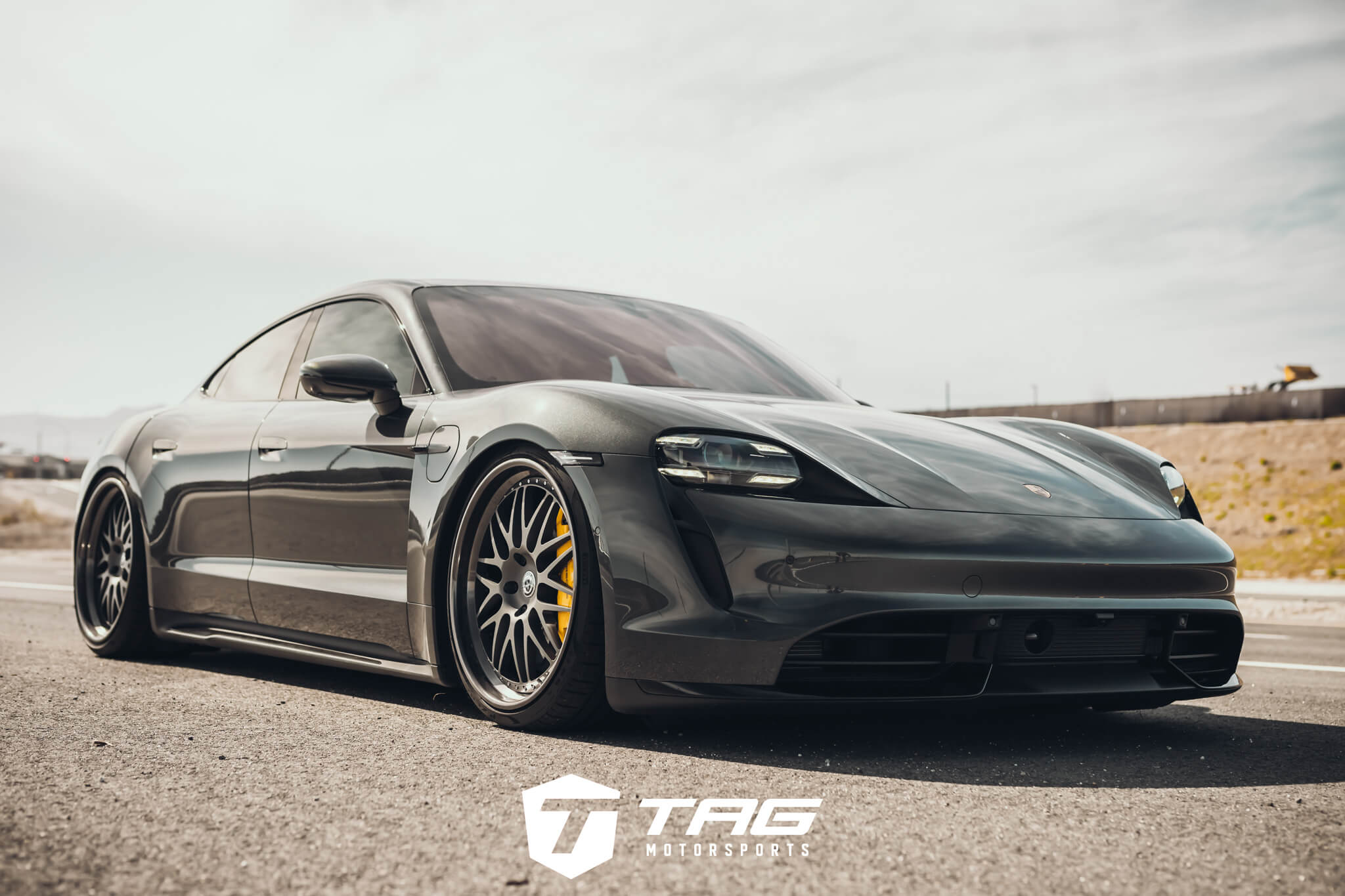